Christmas in Pyongyang: How devout tourists can worship in North Korea

Christmas in Pyongyang: How devout tourists can worship in North Korea

Visitors are not banned from attending church services or carrying a Bible, but proselytizing is strictly off-limits
Gareth Johnson December 27, 2021 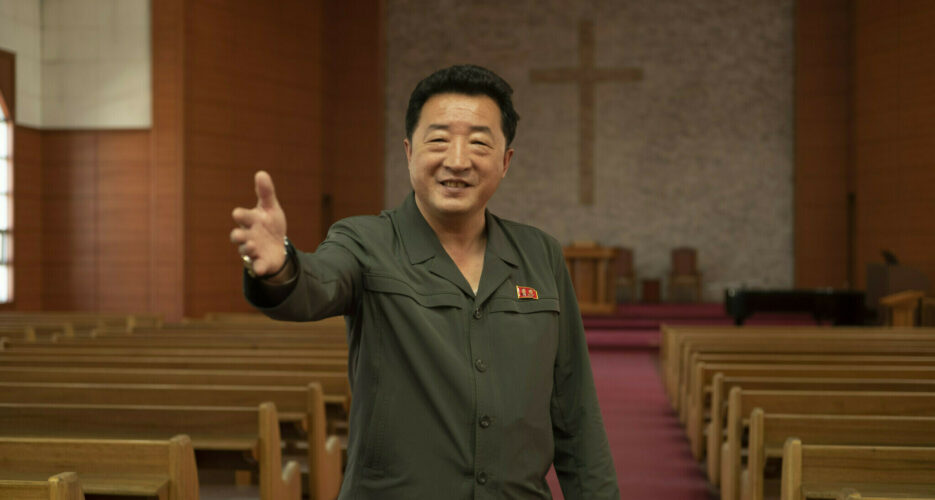 The following article is the sixteenth in a multipart series by Gareth Johnson of Young Pioneer Tours about being a North Korea tour guide. Views expressed in columns are exclusively the author’s own and do not represent those of NK News.

The DPRK has a reputation for low levels of religious freedom compared to other parts of the world. How then can foreigners in North Korea participate in religious activities, in particular during the holiday season?

There are centers for varying faiths and denominations within the country — Christian, Muslim, Buddhist and others — most of which host services for travelers, diplomats or other members of the international community.

Churches do not run independently. Instead, state-run umbrella groups, like the Korean Christian Federation (KCF) and the Korean Buddhist Federation, determine the contours of church and spiritual activities in the country. This mirrors the situation in China, where state-run bodies represent all religions in the communist state.

During Christmas, tourists may attend a service at a KCF-run place of worship — and bring their own Bibles too. This may be surprising to some, but North Korea does not ban the holy text outright. A Christian or other devout individual may bring a religious book with them, so long as it is for themselves and is not in Korean.

It must also be declared and, most importantly, taken out when a visitor leaves. There have of course been foreigners arrested for proselytism or leaving pamphlets and other paraphernalia behind, but tourists are not detained just for “being Christian,” or merely possessing a personal (English-language) Bible.

TAKE ME TO CHURCH

In 2012, we took a group of Christians into North Korea, not just by chance, but because they had arranged a trip in their capacity as followers of Jesus Christ. In Pyongyang on a Sunday, they requested a visit to a church, so we arranged for them to attend a service at the Chilgol Church on Liberation Street in Pyongyang.

Chilgol Church was founded in 1899 and rebuilt after it was leveled in the Korean War. Kim Il Sung’s mother, Kang Pan Sok, was a member of the church. She was, after all, a Christian in addition to a communist and a revolutionary, and a museum dedicated to her can be found at the church site.

On this particular visit with the Christian group in 2012, we noticed other foreigners making their way inside the church. We were able to talk to one of them, who said he and his family were tourists visiting their brother, a man working at an embassy in Pyongyang.

We were then ushered in, took our seats and every person was given a Bible in both English and Korean. Foreigners sat on the left of the hall, and North Koreans on the right. A Korean priest took the stage and began his sermon. It was a surreal experience, but his homily was also rather normal and in-line with what one would expect to hear from the pulpit in other countries.

These churches celebrate Christmas and Easter with special sermons, and independent groups can request to attend the service.

Church visits for Christian groups largely mirror conventional tours to North Korea, although if someone does not wish to bow in front of the statues of the leaders for religious reasons then out of respect we simply do not visit. No tourist is or has ever been forced to bow in North Korea.

There are also other non-state-run churches within the country that tourists can technically visit but which cater primarily to the international diplomatic community, such as the mosque at the Iranian Embassy and the Eastern Orthodox Church that serves the Russian population of Pyongyang. Tourists can visit both of these places of worship, provided they are of that religion and receive permission.

There is an outlier among Pyongyang’s churches: The Family Federation for World Peace and Unification, also known as the Unification Church. The Moonies, as they are called, run the eerie Pothonggang Hotel in Pyongyang.

There was, at least for a time, a Unification Church on-site, and church members regularly visit the country and stay at the hotel as part of a religious pilgrimage. The founder of the Unification Church, Moon Sun-myung, was born in what is now North Korea and enjoyed cordial relations with Kim Il Sung, despite the religious leader’s anti-communist activism.

If and when North Korea re-opens to foreign tourism, its places of worship will likely be open as well. Those who want to go to church can, and in our experience at least, they will not be alone: There is — officially at least — a Christian community in Pyongyang that will join and pray with them.

About the Author: admin

Bob Daniel is the owner Guidepost Tours & Travel which was formed in 1976 operating coach tours on the South Coast of New South Wales. Since that time Guidepost has had travel agencies and tour offices in Gerringong, Sydney and Canberra. Today, tour operators around the world are represented in Australia by Guidepost Tours which specialises in travel to unique "off the beaten track" destinations worldwide. Themed tours are often based on religious travel, pilgrimages and mission trips, train tours and rail travel, educational field studies etc to many unusual destinations. Bob has travelled extensively, both leading tour groups and developing travel itineraries in the fields he is passionate about.
Go to Top