Baku to Batumi on the Trans Caucasus Private Train 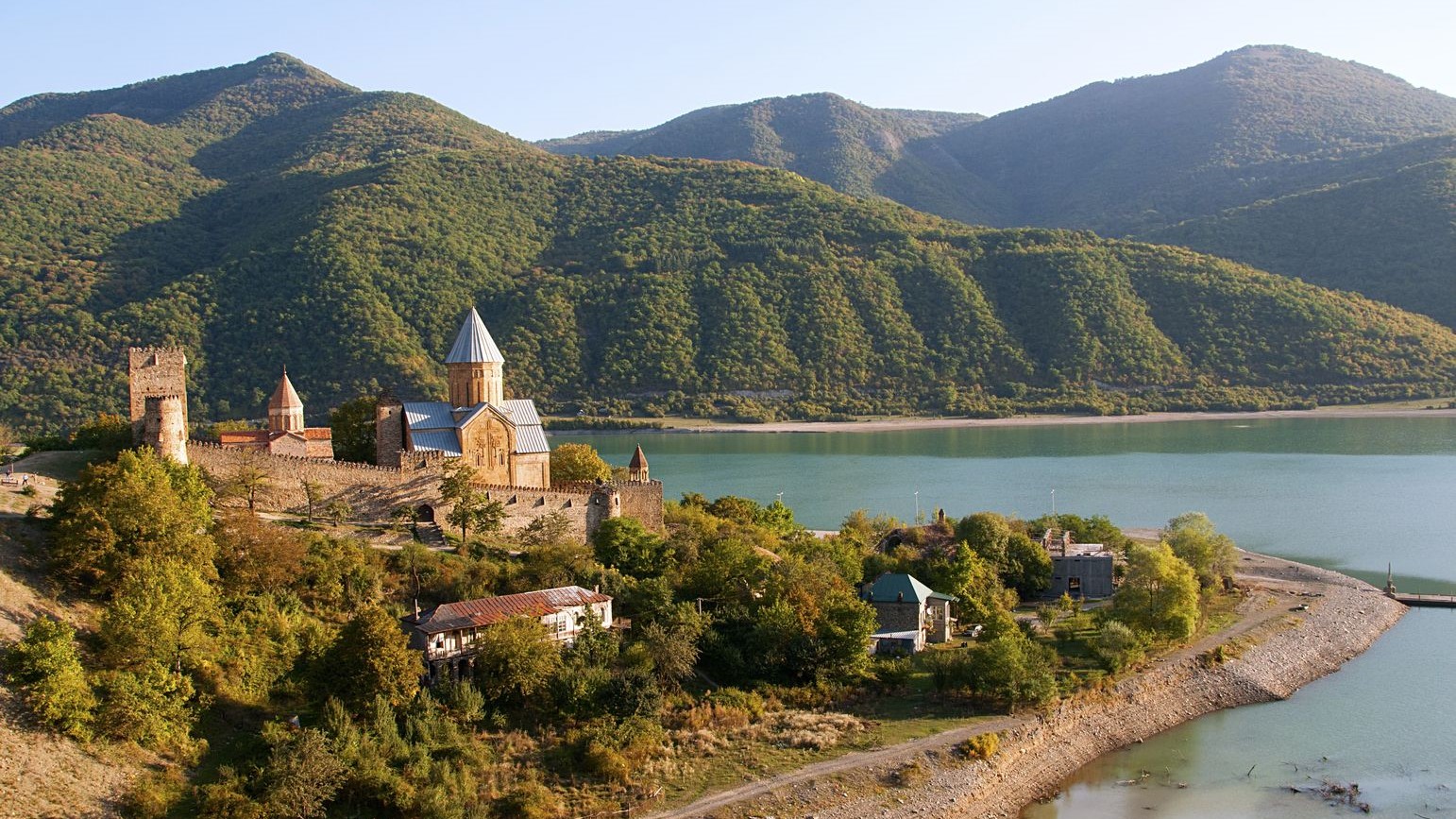 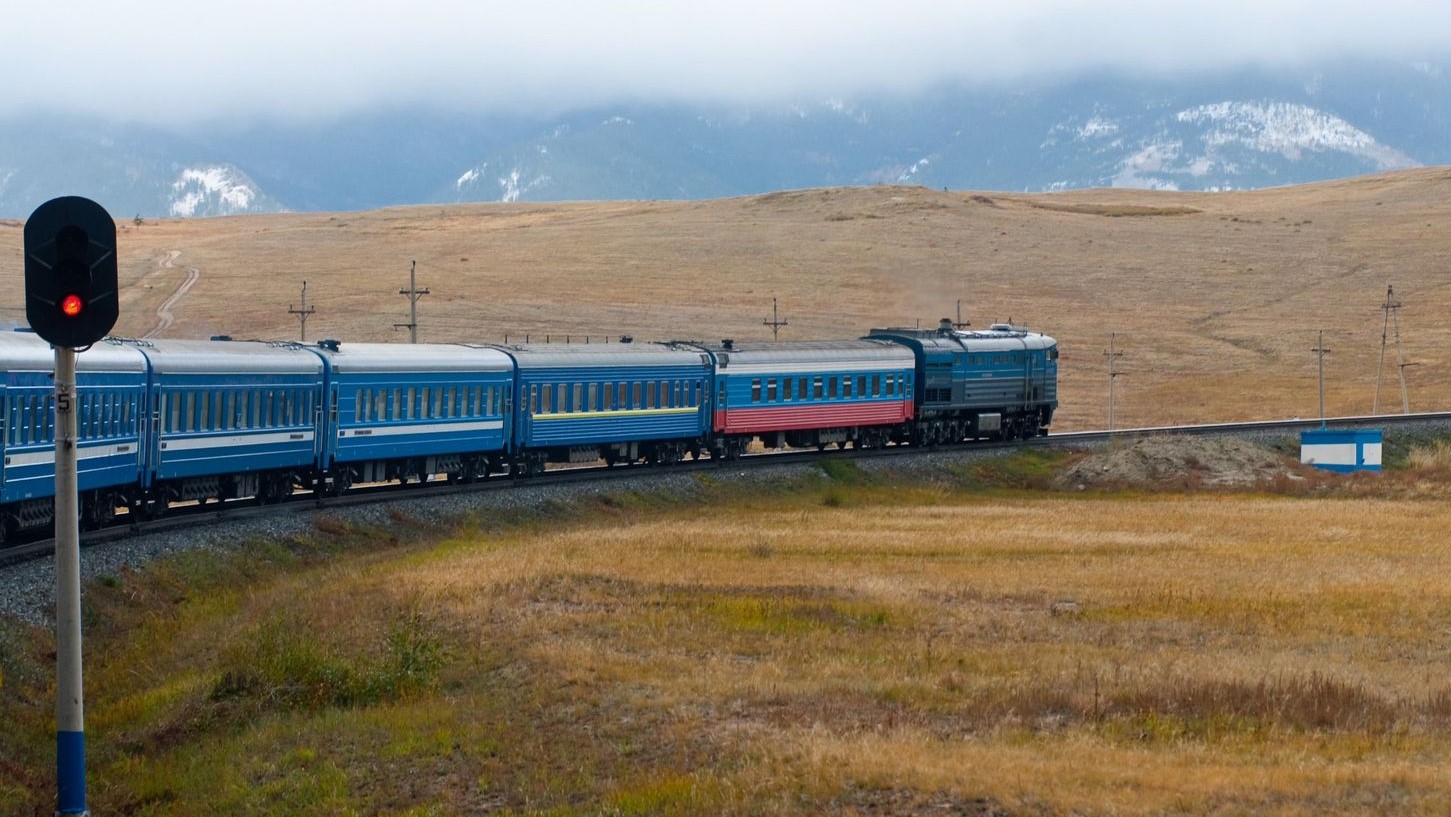 In the South Caucasus, from the sunny plains of the Caspian Sea to the subtropical Black Sea coast—a historic adventure awaits. It’s where the snow-covered peaks of the Caucasus mountains touch the vast blue skies of the Transcaucasian steppes and where Eastern and Western traditions mingle to create a unique culture.

On your first day, you arrive in Baku, the capital of Azerbeijan, known as the City of Winds. In the evening, you take in views of the city’s breathtaking skyline on the Caspian Sea, which includes the spectacular Flame Towers, a symbol of the city’s modernity. Overnight: Hotel Sapphire Inn (or similar) (D)

In the morning, you set out to explore the historical centre of Baku, where you see gorgeous mosques, the Maiden Tower, and the Palace of the Shirvanshahs, a UNESCO World Heritage Site. You marvel at the ornate Art Nouveau buildings from the city’s first oil boom and the futuristic architecture from its second oil boom. In the afternoon, you have free time to spend as you wish. Either take a dip in the Caspian Sea or to go on a shopping spree in Baku’s upscale pedestrian retail district. Overnight: Hotel Sapphire Inn (or similar) (BL)

In the morning, you head toward Gobustan, a UNESCO World Heritage Site where you can admire the thousand-year-old rock carvings situated near the country’s famous mud volcanos. In the afternoon, you can enjoy free time in Baku, or join an excursion to the Absheron Peninsula, where you see a Zoroastrian fire temple and Yanar Dag, a flame that burns continuously due to a seepage of natural gas. In the evening, the friendly crew of your private train gives you a hearty welcome at the station, where your train sets off westward by starlight through the Azerbaijani steppes. Overnight: On board (BD)

Day 4. Shaki and Goygol: From the Khan’s Palace to the Georgian Border

The city of Shaki lies at foot of the forest-covered Caucasus Mountains and doubles as a unique open-air museum. You see the city’s many caravanserai, trading posts that served as stops along historic trade routes, like the Silk Road. Later, you visit the Khan’s Palace, where brilliant decorative carvings, stained glass and frescoes take you back to a fantastic medieval world. In your free time, you can go shopping for bargains at an artisanal handicrafts center and at a local bazaar.

On the train route south from Sheki, the Azerbaijani landscape begins to turn green. In the afternoon, you reach the city of Ganja, from which you travel to the nearby city of Goygol, known for its nineteeth-century German settlements. Here you see carefully restored villas, the Lutheran church of St. John and the home of the last German settler, Viktor Klein, who passed away in 2007. Later you head to the Azerbaijan–Georgia border, where the ochre, earthy steppes gradually transform into green hills. Next stop: Georgia’s vibrant metropolis Tbilisi. Overnight: On board (BLD)

Day 5. Tbilisi: From the Capital to Stepantsminda

Sturdy churches, colourful wooden houses on the banks of the Kura River, classical villas—this is Tbilisi, capital of Georgia and straight out of a fairy tale. From here, you take a ride along the historic Georgian Military Road, which reaches an altitude of approximately 7,800 feet/2,300 meters. The view of the Ananuri Castle complex from such heights just takes your breath away. In the horizon, snow-capped mountain peaks come into view, each one higher than the last. However, the view of the 16,000-foot/5,000-meter Mount Kazbek from your hotel terrace in Stepantsminda tops them all! On a green ridge just in front of this immense peak sits the comparatively small Gergeti Trinity Church, which you can visit via Jeep excursion upon request. Overnight: Hotel Porta Caucasia (or similar) (BLD)

On the way back to Tbilisi, you stop at the Jvari monastery high above the Aragvi River and marvel at the former capital of Georgia, Mzcheta, a UNESCO World Heritage Site. In Tbilisi, you have free time in the afternoon for a shopping spree on the famous Rustaveli Avenue. Alternatively, you can take a cable car to the top of Mount Mtatsminda for more spectacular views. Overnight: Hotel Biltmore (or similar) (BLD)

Today your train takes you from Tbilisi through the country’s fertile lowlands. You soon arrive In Gori, birthplace of Joseph Stalin, the once General Secretary of the Soviet Union, whose personal railroad car is displayed in a museum. In nearby Uplistsikhe, once a Silk Road trading post, you discover a sixth-century town built into a cave complex. Later a historic wine house opens its cellar just for you. Kartli, Imereti, Kakheti—Georgia’s wine regions are more than 7,000 years old, placing then among the world’s oldest. In the afternoon, your train reaches Borjomi, a famous deep valley resort town that once provided the entire Russian Empire with mineral water. Its beautiful villas, boutique hotels and its curative health spas draw visitors from near and far. Overnight: On board (BLD)

From the small city of Akhaltsikhe, over which the Rabati Castle looms, you go on a unforgettable excursion and guided tour of Vardzia, a twelfth-century cave monastery. Reminiscent of a honeycomb, there are more than 3,000 cave dwellings for up to 50,000 people built into the rock face. The brilliance of the frescoes of legendary Queen Tamar in the cave cathedral has not lost its intensity. The train route from Akhaltsikhe through the lesser Caucasus mountains puts everyday Georgia right outside your window—vineyards, idyllic towns, imposing castle towers. From the top of the Bagrati Cathedral, you enjoy the view over the historic city of Kutaisi, just a stone’s throw away from the picturesque Gelati monastery, a UNESCO World Heritage Site. Overnight: On board (BLD)

Day 9. Batumi: On the Black Sea

The last stop on your journey is Batumi, Georgia’s second largest city, on the spectacular Black Sea coast. To your left, palm trees. To your right, the sea. In Batumi, it’s a bittersweet goodbye to your private train and its crew. This Georgian port and seaside resort is quaintly situated on a bay against the backdrop of green mountains. The sparkling skyline of the palm-lined promenade is astounding—thanks to recent developments by international investors. Later you enjoy a city tour of Batumi’s historic centre, where merchants from all over the world have left their footprints. Orthodox churches, synagogues, and mosques—the city’s stunning architecture is a testament to its diversity. Overnight: Hotel World Palace (or similar) (BL)

Day 10. Batumi: Paradise in the City

The Batumi Botanical Garden is a subtropical paradise whose terraces on the steep coast provide an amazing view of the seashore and the city skyline. That evening, you explore the city at your leisure before a delicious farewell dinner, where you reminisce with fellow travellers about your journey. Overnight: Hotel World Palace (or similar) (BD)

On your final day in the South Caucasus, you head to the airport for your flight home, reflecting on the fulfilling, unforgettable adventure you just completed. (B)

If you would like to continue your South Caucasus journey after Batumi, you head to Armenia on the eleventh day. You travel through the amazing mountainscapes of the Lesser Caucausus and cross the Georgia–Armenia border for Gyumri, Armenia’s second largest city, where you spend the night. Overnight: Hotel Villa Kars (or similar) (L)

Today you head to the idyllic spa town Dilijan, after which you visit the Sevan Monastery and 2,000-meter-high Lake Sevan—known as the Pearl of Armenia—a highlight of your journey. Overnight in Yerevan. Overnight: Hotel Imperial (or similar) (BLD)

After a guided tour of the impressive manuscript repository Matenadaran, you visit Garni Gorge; the Greco-Roman Temple of Garni; and the medieval Geghard cave monastery, one of the most beautiful monasteries in the Caucasus. Before lunch you view a bread-making demonstration of traditional unleavened Armenian flatbread Lavash. Overnight: Hotel Imperial (or similar) (BL)

On a city tour, you see the Cathedral of Yerevan, the Radio Yerevan building, and Cascade with beautiful panoramas. In the afternoon, you visit the official heart of the Armenian Church in Vagharshapat—the Etchmiadzin Cathedral, thought to be the oldest Christian cathedral in the world. Later you visit a children’s art center. On the way back to Yerevan, you view the impressive ruins of the seventh-century Zvartnots Cathedral.

Later you head to the airport for your flight home, reflecting on the fulfilling, unforgettable adventure you just completed. (B)

In the South Caucasus, from the sunny plains of the Caspian Sea to the subtropical Black Sea coast—a historic adventure awaits. It’s where the snow-covered peaks of the Caucasus mountains touch the vast blue skies of the Transcaucasian steppes and where Eastern and Western traditions mingle to create a unique culture.

And the food! Almost nothing compares to Khachapuri and Khinkali dumplings; stuffed pomegranates; chicken with green walnuts; and of course—Georgian wine! Experience it all on this unforgettable journey.

Complement your South Caucasus private train journey with a visit to Armenia, the oldest Christian country in the world. On a pre-tour between Yerevan and Batumi, you can relive the varied history of a nation that has been shaped by distinct cultures and great powers.