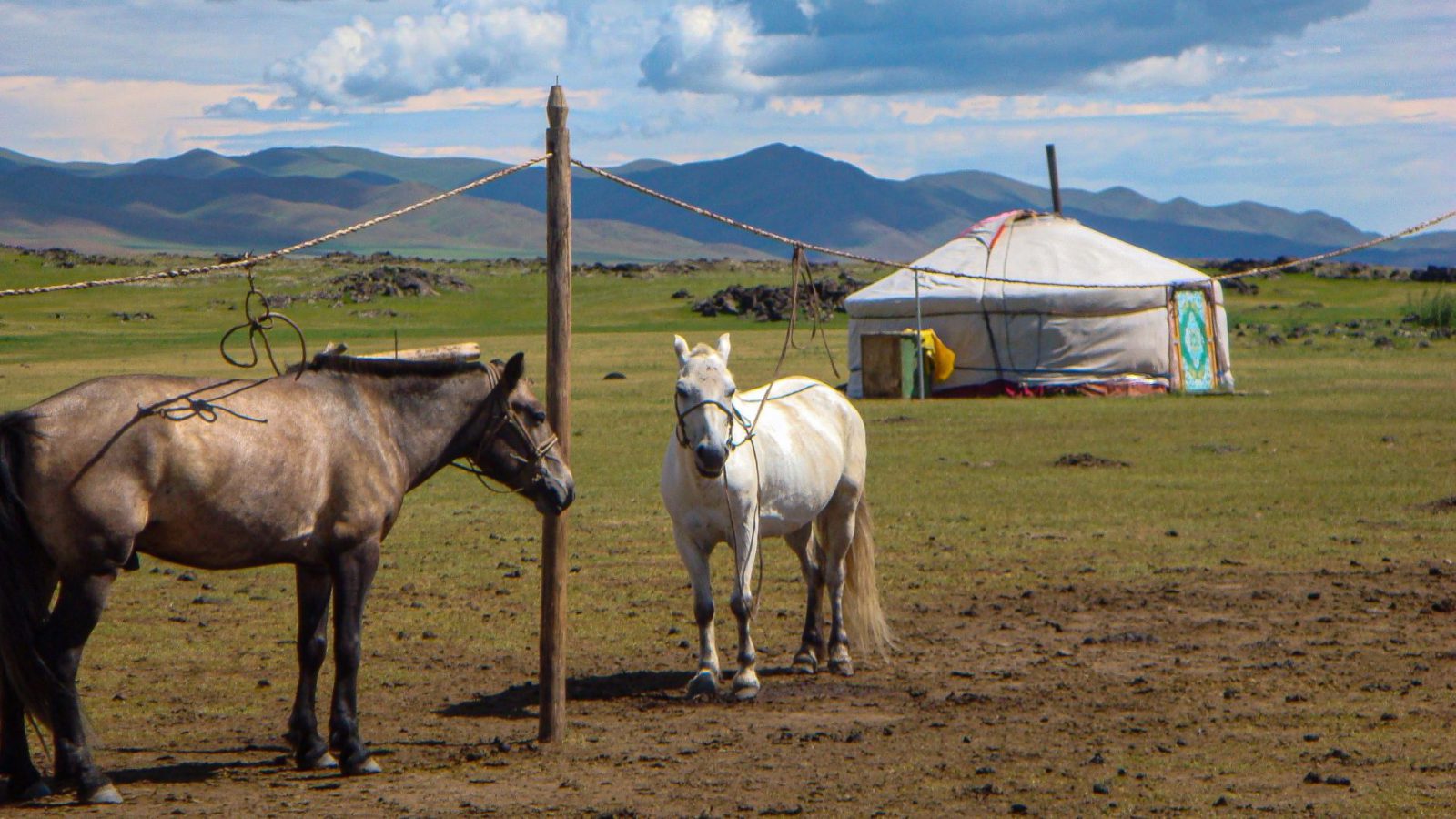 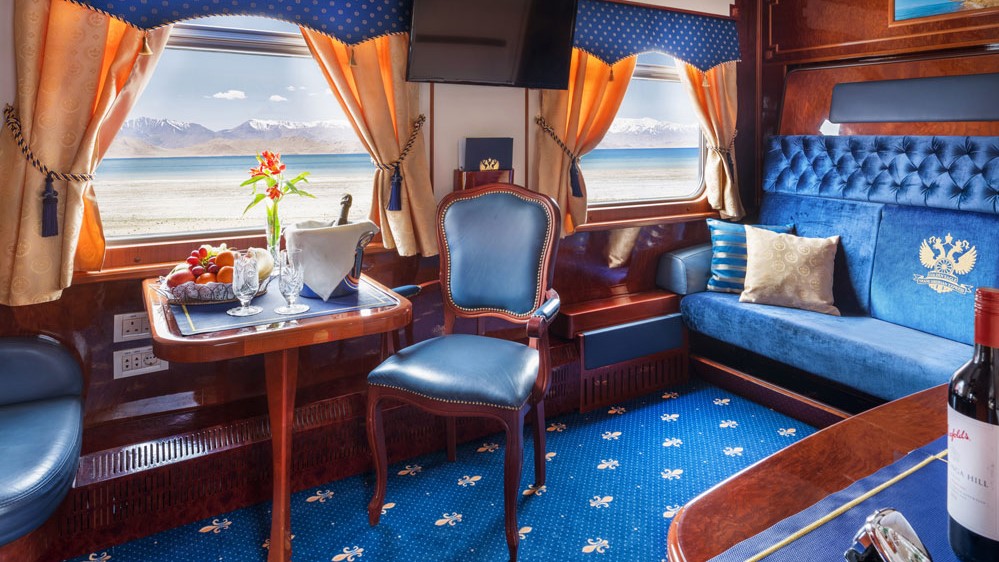 Naadam is the one and only Big Event in Mongolia - a spectacularly colourful national festival, held every year. Naadam literally means 'three manly games'. Known as the world's second oldest Olympics, it celebrates what defined civilisation in the Steppes eight centuries ago: archery, wrestling and horse-riding.

Arrive at Moscow Airport, where you are met and transferred to the stylish five-star Four Seasons Hotel Moscow. Located in the historic building of Moskva Hotel and occupying one of the most enviable addresses in the very heart of Moscow, the hotel is a short walk from the Kremlin, Red Square and the Bolshoi Theatre.

On your first evening in Moscow you will be invited to a champagne drinks reception before an exclusive Welcome Dinner. Specially selected international wines are included with dinner, as with all meals during the tour.

Why not extend your stay in Moscow with additional nights to explore more of the city at your leisure or have time to take in a performance at the world-renowned Bolshoi Theatre? Tickets need to be pre-booked and are subject to schedule and availability.

DAY 2 MOSCOW      RUSSIA
Our touring programme of Russia’s capital takes us to the grandeur of the Kremlin – the spiritual, historical and political heart of Moscow – and to see the treasures of the Tsars in the Armoury Chamber where we will enjoy an exclusive private viewing.

Our exploration of the city continues with a visit to Red Square, the iconic symbol of Russia’s former military and political might, with its eclectic mix of fascinating architecture. Here we visit the ornate St Basil’s Cathedral’s magnificent onion-domed spires and marvel at the beautiful façade of the world-famous GUM department store which was constructed in Tsarist times.

Lunch is served in Café Pushkin, a legendary Moscow restaurant serving traditional Russian cuisine with a décor that revives the atmosphere of an early 19th century mansion. An essential part of any visit to Moscow is a tour of the opulent and unique stations of the Moscow metro – showpieces of Socialist art furnished with statues, frescoes and mosaics, unsurpassed anywhere in the world.

If you have been to Moscow before we offer Freedom of Choice touring where we show you other sights of the city such as the famous State Tretyakov Gallery (National Museum of Fine Art) or the Space Museum.

Upon arrival at Moscow Kazansky Station in the late afternoon, you will be greeted in the ornately decorated Imperial Waiting Room with a cold glass of Russian Champagne and canapes as you mix with the other guests and are welcomed by the train staff. The excitement in the waiting room audibly mounts and, 30 minutes before departure, your car attendants will escort you to Platform 1 where the Golden Eagle awaits ready for departure.

Situated on the River Volga, the picturesque and historic city of Kazan is the capital of Tatarstan. We see for ourselves its rich tapestry of history and culture. One of the highlights of this city tour is our exploration of the Kremlin Fortress, a UNESCO World Heritage Site. Within the walls of this ancient citadel we will explore the stunning mosque and picture-perfect onion-domed cathedral.

As Kazan is the birthplace of one of Russia’s most famous opera singers, Feodor Chaliapin (1873-1938), we honour his memory with a private concert of his music. You will also have time to wander through the main pedestrian area of Kazan and immerse yourself in the atmosphere of the city.

Founded in 1723 by Peter the Great, Yekaterinburg, is the capital of the Urals. Known as the Great Divide, the Ural Mountains create the natural border between Europe and Asia so that the cultural and architectural influences of European and Asian civilisations come together in this fascinating and cosmopolitan landscape. Our city tour takes us to the poignant site where the Romanov, Tsar Nicholas II of Russia, was executed with his family by the Bolsheviks in 1918 following 78 days of imprisonment. Now a church dedicated to their memory, this site provides us with a powerful insight into the turmoil of the Russian Revolution. We will also drive to the obelisk marking the geographical border and we can drink a glass of champagne with one foot in Europe and the other in Asia.

Time permitting, our Freedom of Choice programme features a visit to the recently opened Museum of Military Machinery. The museum houses an amazing collection of different types of military hardware including tanks, aircraft, boats and even armoured trains. The museum is a real treat for anyone with an interest in the Soviet past, unparalleled by anything else along the route.

Alternatively we will make a short stop at the Boris Yeltsin Presidential Centre, recently opened in Yekaterinburg, which is dedicated to the contemporary political history of Russia and its first president

DAY 5 NOVOSIBIRSK      RUSSIA
A modern ‘Soviet’ city, we experience the life and character of Novosibirsk’s rich culture where the arts and science predominate. The city is located in the heart of Russia and is situated on both banks of the River Ob. Our city tour takes us to Lenin Square where the imposing Opera House is located. An architectural marvel, it houses two permanent ballet and opera companies and is one of the largest opera houses in the world. In front of the Opera House, we visit an impressive statue of Lenin – a marvellous opportunity to have your photograph taken with this iconic political leader.

Time permitting, south of the city we will visit Novosibirsk’s excellent Railway Museum. The museum displays locomotives and rolling stock from the late 1800s, including carriages of the Tsars, through to the Soviet era. Alternatively, as part of our Freedom of Choice programme, choose to visit the Mineralogical Centre with its fine display of Siberian minerals.

A day to unwind and reflect on the many sights and sounds we have experienced on our journey so far. Chat to your fellow passengers, perhaps learn a few words of Russian or simply enjoy the ever changing landscape outside your window as it unfolds.
DAY 7 IRKUTSK       RUSSIA

Our visit to Irkutsk, the ‘Paris of Siberia’, takes in the most significant sites and museums in this fascinating city, including an exploration of the classic wooden architecture with its intricately carved lace-like decorations that has given many of this region’s buildings such a distinctive and unique appearance.

We also visit the Volkonsky House Museum, which is dedicated to the memory of the aristocrats who were exiled to this remote outpost after the failed Decembrists uprising of 1825, and we recreate the atmosphere of that time with a champagne reception and private concert.

You could learn to cook some traditional Russian dishes with a local chef and prepare your own lunch with our Freedom of Choice option. Or you might also wish to visit a traditional Russian Dacha (summer house) or an urban apartment to get an insight into the everyday life of an average Russian family.

Few natural sights can surpass the beauty and grandeur of Lake Baikal and is a major highlight on our Trans-Mongolian journey. Lake Baikal is the deepest lake in the world and holds 20 per cent of the world’s freshwater. Also known as the ‘Pearl of Siberia’ it is home to a unique breed of freshwater seal and over 50 species of fish including omul. For five hours we wind our way through tunnels along cliff hugging tracks above the lake with a vista of snow capped peaks along the far shore forming a picture-perfect backdrop.

To add to the grandeur of the day our Golden Eagle train will be hauled by a Soviet era steam locomotive on this beautiful section of the line. There will be plenty of opportunities to take photographs as the train winds its way along the lake’s edge. This will be an unforgettable part of the journey.

Weather permitting, we stop in an extremely picturesque location by the lake for photographic opportunities and for the brave hearted there is time for a refreshing swim in the crystal clear and ice-cold waters of Baikal. Travelling onwards to the end of the Baikal branch line, we leave the train and travel by boat on the lake to Listvyanka, a small Baikal settlement nestling at the base of the surrounding hills and visit the Lake Baikal Museum and Aquarium where you can learn about the flora and fauna of the lake.

We will enjoy a delicious barbecue, including freshly smoked omul fish, prepared by our own chefs on the shore of Lake Baikal to complete a memorable day. As part of our Freedom of Choice excursion programme you can choose a hiking opportunity up Chersky Mount that offers some spectacular and panoramic hillside views of the lake below.

The ethnic and cultural diversity of Ulan Ude, the capital of the Buryat Republic, offers a unique insight into its heritage. As we tour the area you will notice the different faces of these welcoming Buryat people. During our exploration of the Old Believers’ Village we have the opportunity to learn about the culture and history of these religious people as we are treated to a concert featuring local traditions and folk singing.

Our Trans-Mongolian adventure takes us into Mongolia and a three night stay in its capital, Ulaan Baatar. Mongolia, once the very centre of an enormous empire led by Genghis Khan, is a country of beautiful landscapes and nomadic people, rich in culture and history. Mongolia is famous for its endless green Steppes, grazing livestock and white, nomadic Gers (Yurts) dotted all across the countryside.

We conduct a short tour of Ulaan Baatar visiting the Gandan Monastery, one of the most important Buddhist Monasteries in Mongolia housing a community of over 500 monks. The full name, Gandantegchinlen, translates as the great place of complete joy. At Chinggis Square (formerly Sukhbaatar Square) we can see the central monument to Genghis Khan; undoubtedly the most feared and revered Mongol.

On the first day of the Naadam Festival, we observe the elaborate opening ceremony which consists of local dancers, athletes, horse riders and musicians, before travelling outside Ulaan Baatar to watch the national horse race. The competitors in the riding events are all children between five and twelve, many of whom have been in the saddle since the age of one. As they race along the plains for 20 kilometres, thousands of spectators line the remote track to watch up to 1,000 horses with children sitting confidently astride their small but sturdy Mongolian steed. It is claimed such equestrian skills won Genghis Khan an empire that stretched from the Sea of Japan all the way to Europe.

In the evening we will enjoy a performance of traditional Mongolian throat singing and contortionists.

This is a unique opportunity to be among the few non-Mongolians to experience the spectacular, but little known, Naadam Festival and soak up the exciting atmosphere of this national holiday. Once a religious ceremony, the festival now formally commemorates the 1921 revolution when Mongolia declared itself a free country. In recent times, women have been allowed to enter and they now compete in two of the three events, horse racing and archery.

Today is the day for all the main competitions and will attend the archery, wrestling and ankle-bone shooting events.

Breakfast is served in the hotel and transfers are provided to the airport for departing flights.

Due to the popularity of the period around the Naadam Festival we reserve accommodation for our guests at a number of the best hotels in Ulaan Baatar including the Shangri-La, Kempinski or Ramada.   Please note, we cannot guarantee your preferred choice of hotel.