Greece in the Footsteps of St. Paul with Greek Isle Cruise & Medjugorje option 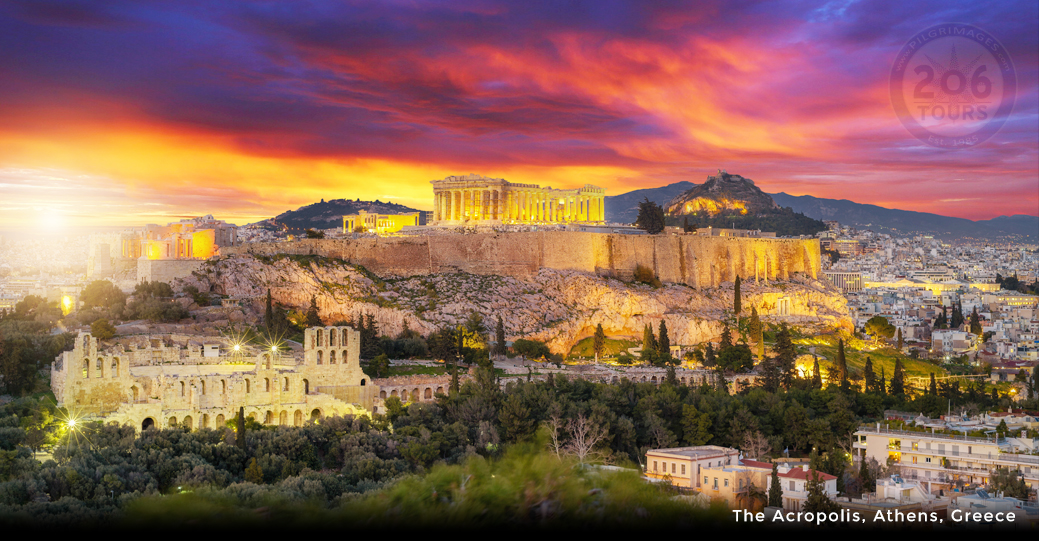 For eleven days you will follow the footsteps of St. Paul and experience beautiful sites throughout Greece. Visit Philippi where Paul the Apostle delivered his first sermon and established the first Church in Europe, Mars Hill in Athens where he spoke to the Athenians, Corinth and the site of St. Paul’s trials by Gallio, and more! You will even visit the House of the Virgin Mary in Ephesus in Turkey where she lived until her Assumption according to Catholic Doctrine. A popular Pilgrimage site, this Shrine has even received several papal visits and blessings. On your 3-day cruise you will discover the captivating and beautiful Greek Islands like Mykonos, Crete, and Santorini.