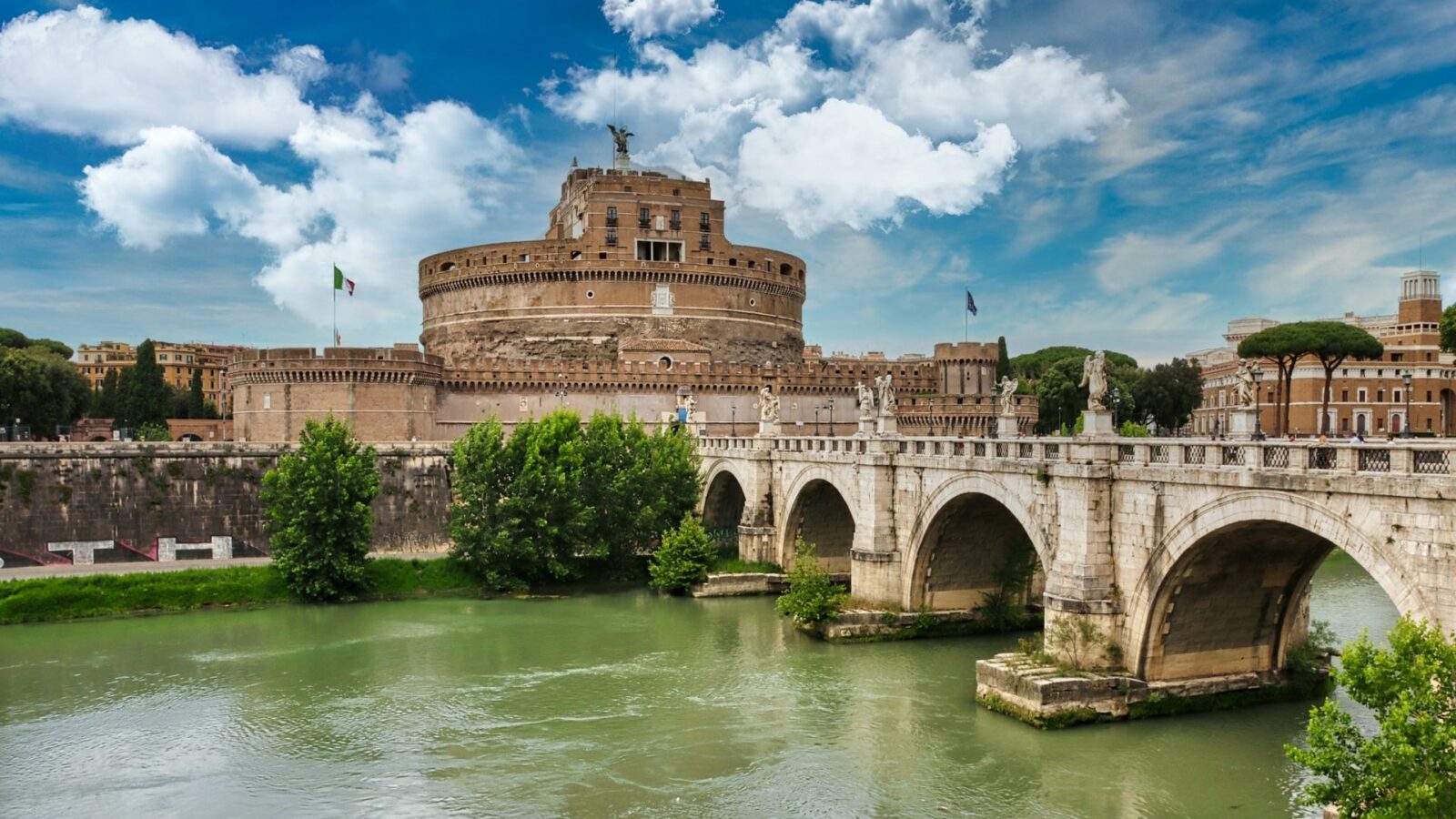 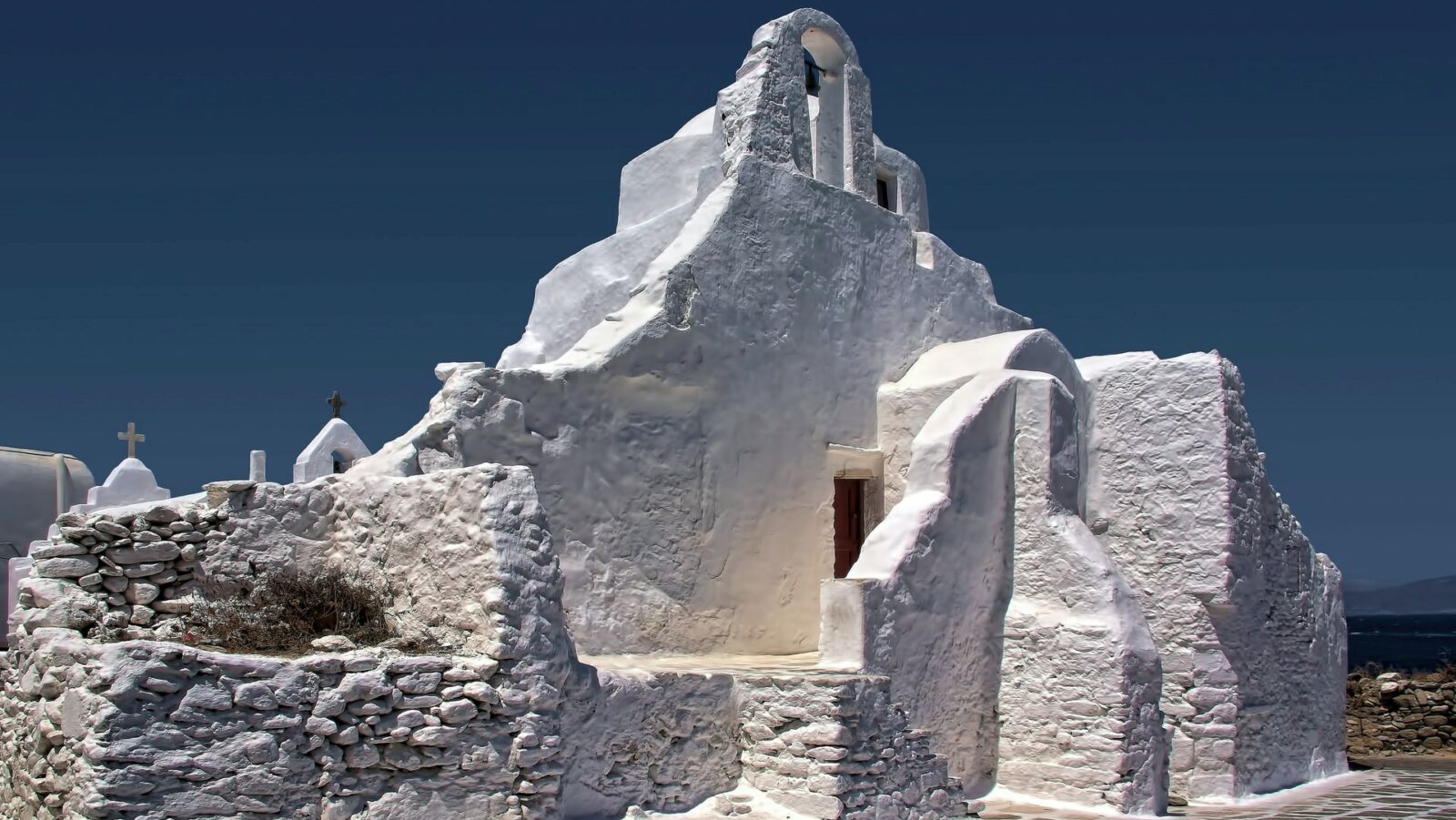 We arrive in Athens and check into our hotel. You will have the remainder of the day free to relax or take a stroll along the streets of Athens to enjoy the flavour of the city. This evening our group will enjoy the first of many delectable European style dinners. (B)

We sail this morning from Athens to the quaint isle of Mykonos, called the island of windmills. Experience the waterfront lined with shops and cafes and then stroll the charming walkways through a maze of whitewashed buildings before returning to the ship for dinner and evening entertainment. (B, D)

Docking in Turkey, enjoy a tour of Ephesus, the city of the Bible and one of the largest restorations still in progress with miles of ancient treasures. Ephesus was once a thriving port town of 250,000 people. Today you can still see the spectacular excavations of the major streets in this ancient city including the Agora, the Odeon, the Library, the marble-paved main Street, the Baths, Trajan’s Fountain, the Residences of the Patricians, the Prytaneum, and Temple of Hadrian. The Great Theatre, built in the 4th century B.C., could accommodate 24,000 spectators and it is famous even nowadays for its acoustics. This afternoon we visit the Isle of Patmos, under statutory protection as a historic monument. Here we have a tour to see the fortified monastery of St. John and the cave claimed to be where John received the Revelation. Back on the ship, enjoy the Captain’s dinner before settling in to your cabin for the night. (B, D)

We disembark the cruise this morning and travel west with a rest stop and photos at the Corinth Canal. Next, we visit ancient Corinth, the city that inspired many of Paul’s most familiar letters and is a highlight for the New Testament scholar. See the Archaeological Museum, the Market Place, the Bema, and the Temples. To enjoy a devotional in the midst of the ruins of the church of Corinth and see the pillars, steps, and public worship place where Paul preached will enhance your understanding and love for the Bible. The ruins of this important cultural center are fascinating as we walk along the stone path that the Apostle Paul walked. The engineering skill and intellect of these people are evident in the water systems that still flow from ancient to modern day. Our guide will be sure to show you the room dedicated to the medical care of that period. We travel on to the top of the nearby Acropolis where our guide will speak on the worship practices and point out the bird’s eye view of what was a bustling city of around 800,000 during Paul’s stay. Another important stop is a visit to Diolkos where we view the paved trackway which enabled boats to be moved overland across the Isthmus of Corinth and served as a life line for Corinth. This shortcut allowed ancient vessels to avoid the long and dangerous circumnavigation of the Peloponnese peninsula. Before returning to Athens, we will visit Cenchreae, the ancient port region of Corinth. Acts 18:18 states the Apostle Paul stopped at Cenchreae during his second missionary journey, where he had his hair cut to fulfil a vow.

We fly from Athens to the Rome airport, and transfer to our lodging for the next three nights. This afternoon we will take a tour of the Catacombs where thousands of Christians were buried in a remarkable tiered series of galleries. (B, D)

We begin our walking tour at the ancient Roman Forum, where our guide will divulge its secrets. We will visit the Arch of Titus which commemorated the sack of Jerusalem by Titus in AD 70. We will view the Mamertine Prison exterior, where tradition says the Apostle Paul was imprisoned. The Roman church would say that Peter was imprisoned here as well, but there is no imperial evidence that Peter was ever in Rome. Next, we visit the Coliseum, where thousands of people and animals perished during gladiatorial games. The Coliseum first opened in AD 80 and within 100 days of its opening, 5000 wild beasts perished here. The slaughter of both humans and animals continued for three more centuries. Historians believe the Coliseum could hold between 40,000 and 80,000 people depending on how close the seating was. The floor has recently had a plank placed over the middle making it accessible for people to walk over the labyrinth of brick cells, ramps, and elevators used to transport animals and gladiators into the arena. Hear the stories of the games that have fascinated people for hundreds of years. We conclude our day at the ruins of Ostia Antica, which provides an excellent example of city life in classical times and the Ostian Gate, today called the Gate of St. Paul. (B)

After breakfast you will begin a full day of sightseeing. First visit Vatican City where you will see the Basilica at St. Peter, the Sistine Chapel and the Vatican Museums with stunning works of art at every turn. After some free time for lunch, you will stop at The Abbey of the Three Fountains, the traditional site of Paul’s martyrdom and the ancient street that he walked on. Next, visit the 4th century Basilica of St. Paul Outside the Walls, the site of Paul’s tomb, and the Scala Santa, where Martin Luther made his stand against the practice of indulgences. This fascinating museum houses the Steps from Pilot’s Judgment Hall in Jerusalem brought to Rome by Helena, the mother of Constantine. Additional sights include the Arches of Constantine and Titus, Circus Maximus and the beautiful marble monument called the Wedding Cake. (B)

This morning we transfer to the airport for our flight home. (B)

Not Included: Land Portion – travel/cancellation insurance, gratuities to guide and drivers.
Cruise Portion – Port taxes & service charges. ($165 will be added to your final invoice to prepay this cruise charge)
Flight Departures – Special fares are available nationwide including transfers. (transfers not included unless airfare is purchased from Pilgrim Tours)

Please Note: Italy gratuities will be paid in advance ($33 per person will be added to your final invoice for gratuities to be paid to driver, guide, and hotel staff while in Italy).

** Walking with Paul Drama Presentations – God’s word is powerful and moving. Not only will you see the land where the Apostle walked, but you will see and hear these powerful words of scripture portrayed with scenes from the life of Paul at different times during the tour. A drama clinic will also be available for those who are interested.