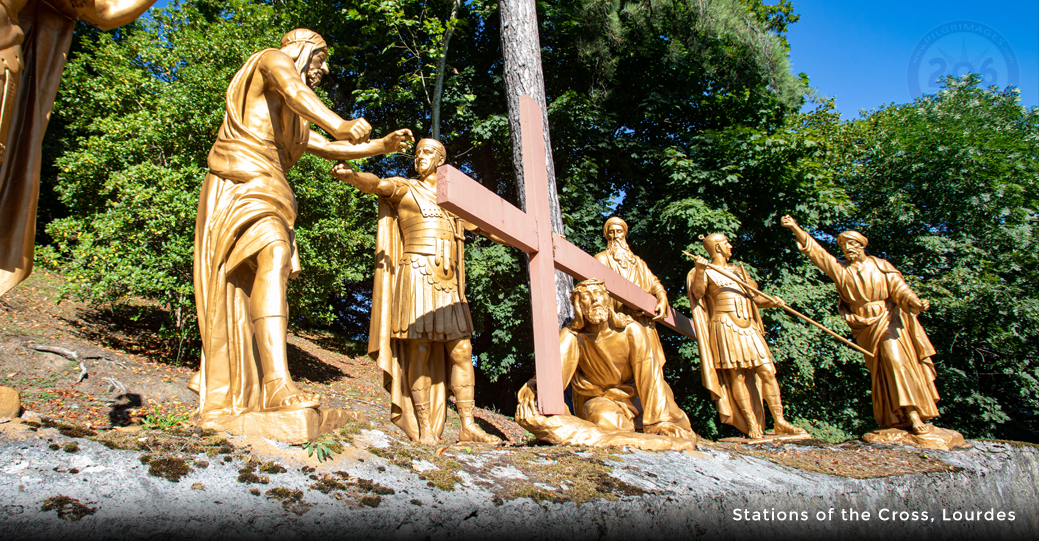 Three special locations. Lourdes is the birthplace of St. Bernadette, to whom Our Lady appeared to in 1858, near the Grotto of Massabielle. Rome has been one of the most powerful and influential cities throughout history, along with being home to the Roman Catholic Church, the Pope, and the site of the Vatican City. On June 25, 1981, in the mountain village of Medjugorje in Herzegovina, Our Lady allegedly appeared to six children. She identified herself as the Blessed Virgin Mary, Queen of Peace, and continues to allegedly appear to several of the visionaries.