Many Faces of Poland 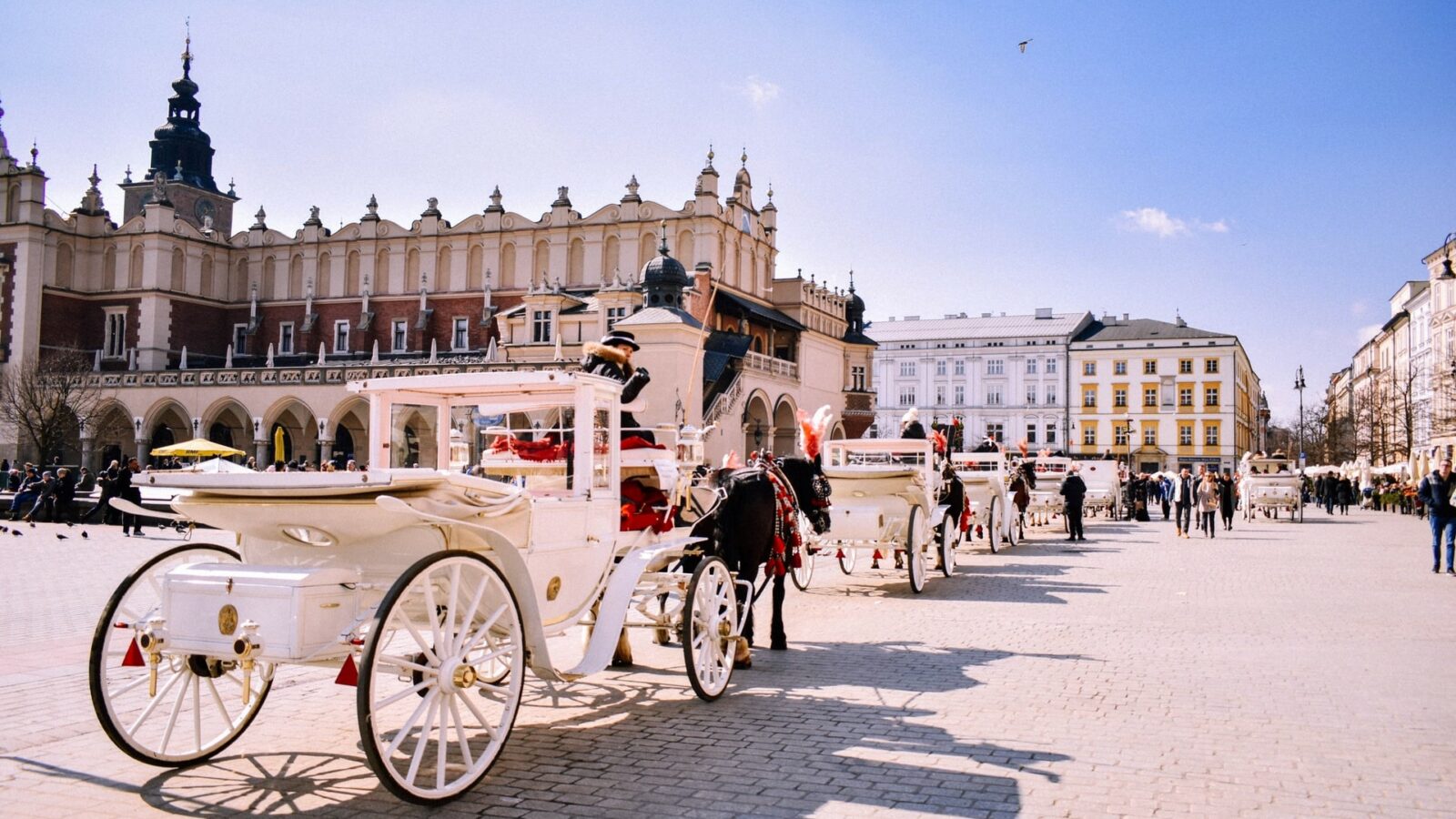 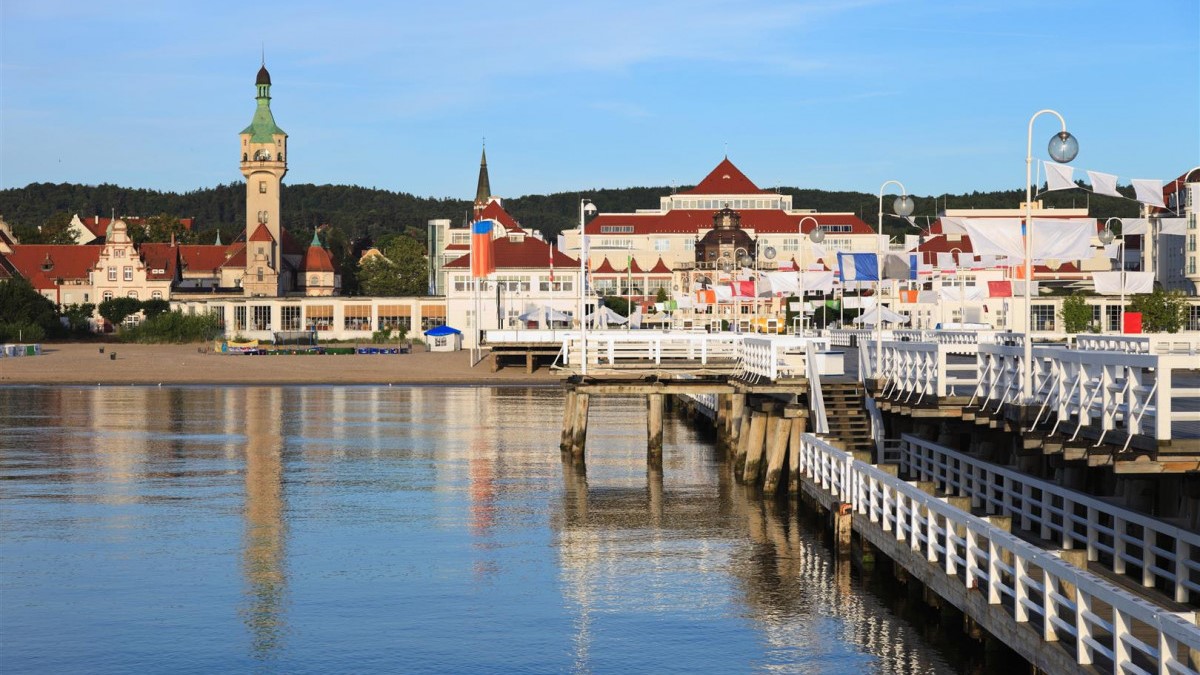 A comprehensive tour program that covers a wide part of Poland's diversity. From the Baltic seaside spread in the the north edge, to the breathtaking Tatra Mountains in the south, with lakes, forests scattered in the Mazurian region, through the architectural highlights of Poland.
See the 23 paintings by Canaletto and six large paintings by Marcello Bacciarelli in the Warsaw Royal Castle;
Admire the breathtaking panorama view of Tatra Mountains from the top of Gubalowka Hill in Zakopane;
Explore the city of Wroclaw – announced the Cultural Capital of Europe in the year 2016, be the first to see;
Visit the medieval town of Torun, a UNESCO Site – a small historic trading city that preserves to a remarkable extent its original street pattern and outstanding early buildings;
Take part in an open-air picnic with folkloric entertainment in Gietrzwlad, a town set in Mazurian Lakes region.

At 6:00PM, meet your guide and the rest of the group in the hotel lobby. Drive along the beautifully renovated Royal Route with its historical monuments and residences. Stop at Castle Square for a short walk through Old Town, and then join us for welcome dinner at a local restaurant. Your meal will include typical Polish dishes and famous Polish vodka, “Zubrowka”.

Lunch to be enjoyed at a local restaurant. 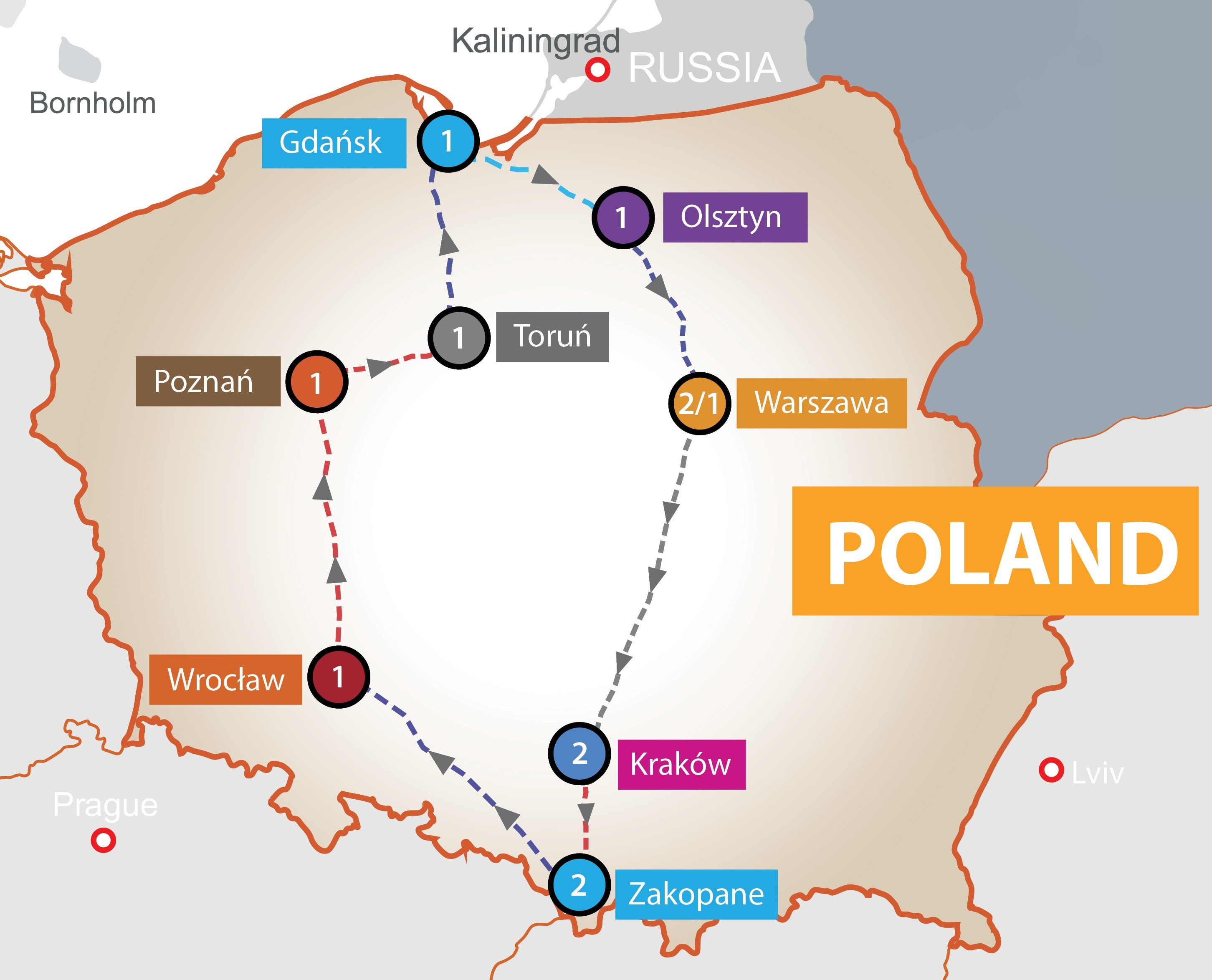 Also during your tour of Warsaw we will invite you to the famous Warsaw chocolate factory “Wedel” to taste the delicious hot chocolate at the “ Wedel Old Fashioned Shop”.

The road to Krakow, Poland’s unique, medieval, open-air museum, leads us past Czestochowa, site of Jasna Gora and the Black Madonna, venerated as Poland’s holiest icon.

Lunch will be served at a local restaurant.

En route to Krakow, we also stop at Auschwitz, site of the concentration camp, where millions lost their lives in the crematoria during the Holocaust.

The morning sightseeing tour will feature Wawel the Royal Castle, home to three dynasties of Poland’s monarchs. Its stately halls and exquisite chambers are filled with priceless art, valuable period furniture and rare ancient objects. The collection of monumental 16th century tapestries is matchless. You will also visit Wawel Cathedral, the place of the cult of St. Stanislaw and of St. Jadwiga, Queen of Poland. This 18 chapels are true architectural masterpieces. The giant bell, Zygmunt from 1520 ranks with the world’s largest. This is the place where Polish kings were crowned and buried. Walk to Old Town with its restored Main Square of magnificent houses and palaces. There, you will stop at St. Mary’s Basilica to see the magnificent wooden altar by Wit Stwosz. In the middle of the square is Cloth Hall built before 1349, but renovated in the 16th century with many shopping stalls inside.

Following the tour have a short break for coffee and cake at the famous Krakow cafeteria.

The afternoon is at leisure.

Tonight’s dinner will be served at a local restaurant in Old Town.

After breakfast, In the morning time on your own.

Visit to Czartoryski Museum that presents most valuable art collection in Poland, and one of the most valuable in Europe. “The Lady with an Ermine” by Leonardo da Vinci or the “Landscape with the Good Samaritan” by Rembrandt van Rijn, as well as many other masterpieces of not only painting, but also sculpture, crafts, military, applied arts are presented in the renovated interiors of the museum.

Lunch and drive to Zakopane beautifully situated at the foot of the Tatra Mountains in the valley between Gubalowka and Giewont. It is Poland’s most popular resort and one of the most beautiful places owing to its picturesque location. Once, a small mountain village, Zakopane has become a fashionable winter resort for artists since the beginning of the 20th century.

In the morning, you will have a sightseeing tour of Zakopane, whose wooden architecture blends with the natural landscapes.  Copied in other parts of Poland, it is known as Zakopianski Style. You will visit the Jaszczurowka Chapel, a great example of wooden architecture in Zakopane, and the Sanctuary of Our Lady of Fatima at Krzeptowki, which was built by the people of Zakopane to thank the Lady of Fatima for saving the Pope after an attempt on His life. Admire the breathtaking view from the top of Gubalowka*, then have time to shop for souvenirs of arts and crafts of the Highlanders (Gorale) in the local shops.

After lunch on your own you will have free time.

Tonight’s dinner will be served at a typical Highlanders’ inn with a folkloric show.

Today we depart for  western Poland and the historic city of Wroclaw. Known as “Venice of the North”, it is one of the oldest cities in Poland,  capital of Lower Silesia, with a beautiful location along the Odra River.

En route, we stop in Wadowice, the birthplace of John Paul II where we will see the house where He was born and grew up. From the window of His bedroom He used to see a clock with the sign “Time flies, eternity awaits”. In the Basilica of Wadowice, where Karol Wojtyla, Pope John Paul II, was baptized you can still see the special plaque that commemorates this fact as well as a stone font where the Pope prayed during His first pilgrimage to Poland in 1979.

After lunch at a local restaurant in Wadowice drive to Wroclaw.

Today, Wroclaw with its beautiful historical buildings like Town Hall in Market Square is recognized as a gem of urban Gothic-Renaissance urban architecture in Poland.

After breakfast, city tour of Wroclaw to include visit to Panorama Raclawicka – a single painting arranged along the interior walls of a rotunda as one unbroken circle and viewed from an elevated central balcony. The picture represents the battle of Raclawice, fought on April 4th, 1794 between the Polish insurrectionist army led by Tadeusz Kosciuszko, and Russian troops.

From here, we drive to Poznań for your dinner served at the hotel and overnight.

After breakfast a brief  sightseeing tour in the historic city of Poznan. The first settlement here can be traced back to the early 9th century. The first ruler of Poland, Mieszko I, who baptized the country, founded his church right here. The church was rebuilt after the war. In the 15th century it took on a Gothic shape. The most interesting part of the city is Old Town with its famous Renaissance Town Hall, now housing the Historic Museum. In the middle of the attic, above the clock, you can see two metal goats butting their horns 12 times every day at noon.

After lunch at a local restaurant, we continue to Torun.

In the morning, take a tour of Torun, the birthplace of Nicolaus Copernicus and one of the most magnificent historic cities of Poland. Its Old Town has been included in the UNESCO’s list for its impressive 13th century Town Hall, superb churches and streets that recall Torun’s past glory.

Lunch will be served at a local restaurant in Torun.

In the afternoon, we drive to Gdansk where we will get acquainted with the city on a brief walk through its Old Town.

11. GDANSK – GDYNIA – SOPOT – OLIWA – GDANSK   Tuesday
Today, we tour Gdansk in depth. We start from the Upland Gate – a fragment of the city’s former fortifications and one of its main gates. Just behind it, we pass by a baked-brick construction consisting of the Prison Tower and the Torture House – relics of the 15th century Gothic defence walls. The Golden Gate, situated next to the Prison Tower, opens onto Long Market – a magnificent street, with grand mansions decorated with late Renaissance and Baroque facades. A real feast for the eyes!!! It is here that the richest burghers of Gdansk once lived. Next, we come upon the Main Town and the Artus Court – a building used for Hanseatic League meetings. It is renowned as the most beautiful court among all of Europe’s Hanseatic cities. Just behind it stands the tower of St. Mary’s Basilica, a part of the most precious and largest red-brick Gothic church in Gdansk. On our way back we pass by Mariacka Street, with its gabled terraced houses and elegant boutiques.

From here we drive to Gdynia, youngest of the tri-city complex, which also includes Sopot. Here we visit Oliwa Cathedral famous for its one-of-a-kind pipe organ, to enjoy a concert.

After lunch at a local restaurant, we continue our drive to Sopot, the famous and fashionable seaside resort. Here you can still see the oldest and longest wooden pier in Europe.

The balance of the day is free and gives you time for shopping Baltic arts and crafts, including unique amber jewellery and trinkets.

After breakfast, we drive to Olsztyn. We stop at the Teutonic Knights Castle in Malbork. It is the largest brick building in Europe and one of Poland’s greatest tourist attractions.

Lunch will be served at a local restaurant. In the afternoon, we continue to Olsztyn, a town located in a region of lakes and forests. The most attractive part of the city is the old town, encircled by a set of fortified walls.

In the evening, take part in an open-air picnic with folkloric entertainment in Gietrzwlad.

After breakfast tour of Olsztyn with visit to the Ethnographic Park in Olsztynek, site of the Museum of Folk Architecture, one of the oldest open-air museums in Europe. The Museum contains many interesting examples of folk architecture, including houses, barns, windmills and other traditional buildings. A particular attraction of the  Ethnographical Park are the interiors of old houses, the evangelical church, a smithy, a pottery stand, a Dutch windmill as well as various temporary displays representing  items of traditional craftsmanship and modern folk art and handicraft from the region. The main objective of the Museum is to preserve the legacy of the past for future generations and to encourage the study of the rich cultural and spiritual values of days gone by.

In the afternoon, as we continue our drive to Warsaw, we will stop in Lowicz, a typical Mazovian town famous for folk art: especially noteworthy are the colourful costumes and beautiful paper cut-outs.
You will be invited for a home-hosted dinner by a local family, whose charming cottage is located at the foot of the former Lowicz Castle. You will be welcomed in a typical Polish way, with bread & salt, and enjoy your meal served by the young married couple in their lovely house. You will have time to talk about their day to day life and have your dessert in a beautiful garden.

After dinner, we continue your drive to Warsaw.

Selected class hotels, rooms with private facilities
English-speaking tour escort assistance
Obligatory local guides
Private air-conditioned motor coach/minibus/car
Meals as per itinerary:
breakfast daily – 8 x lunch served at the local restaurants – 6 x dinner (including one dinner with folkloric show in Zakopane, one picnic with folklore entertainment in Gietrzwald and home-hosted dinner in Lowicz and one dinner at the hotel in Poznan)