Republics of the Silk Road by Luxury Private Train from Tashkent 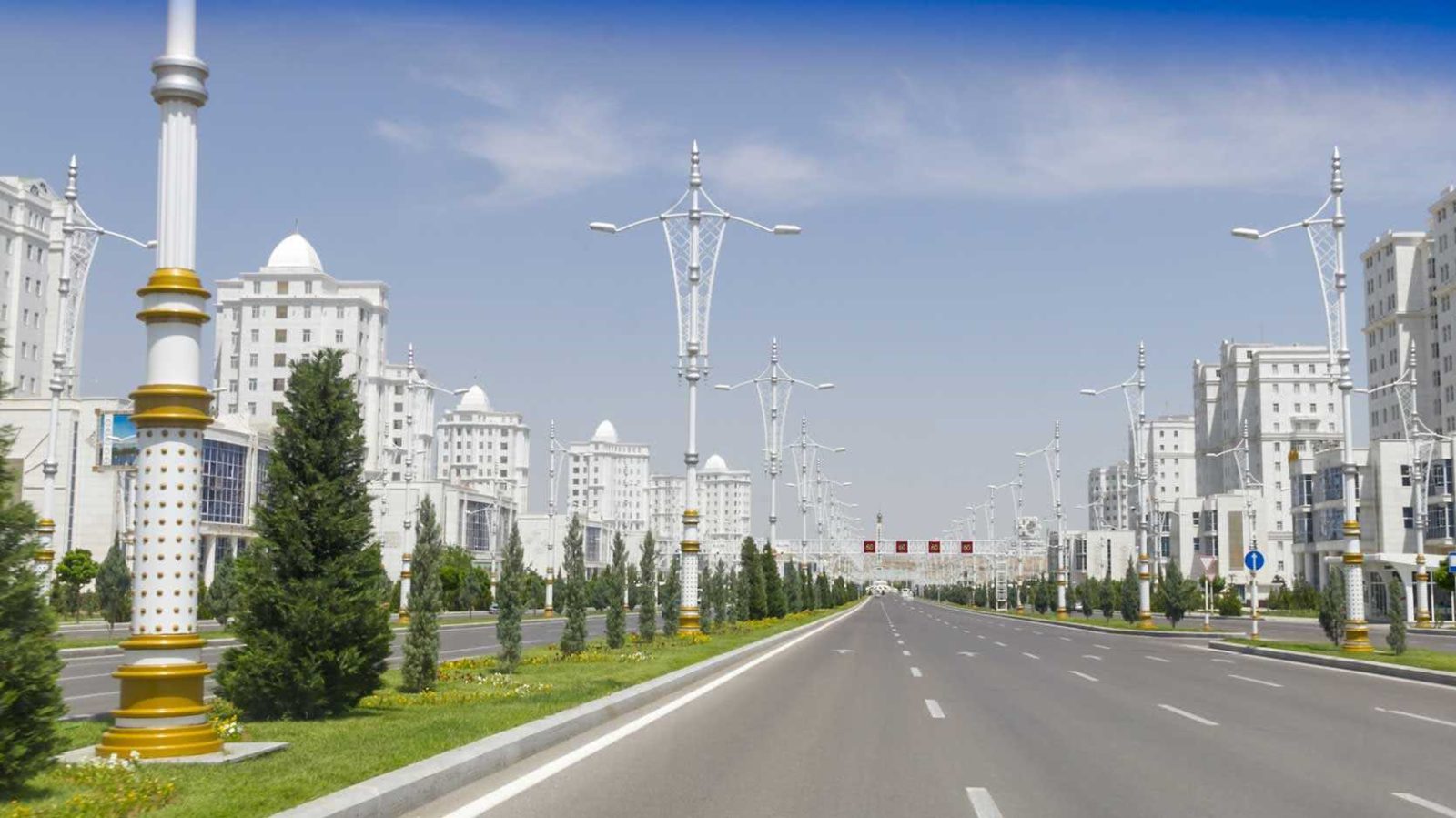 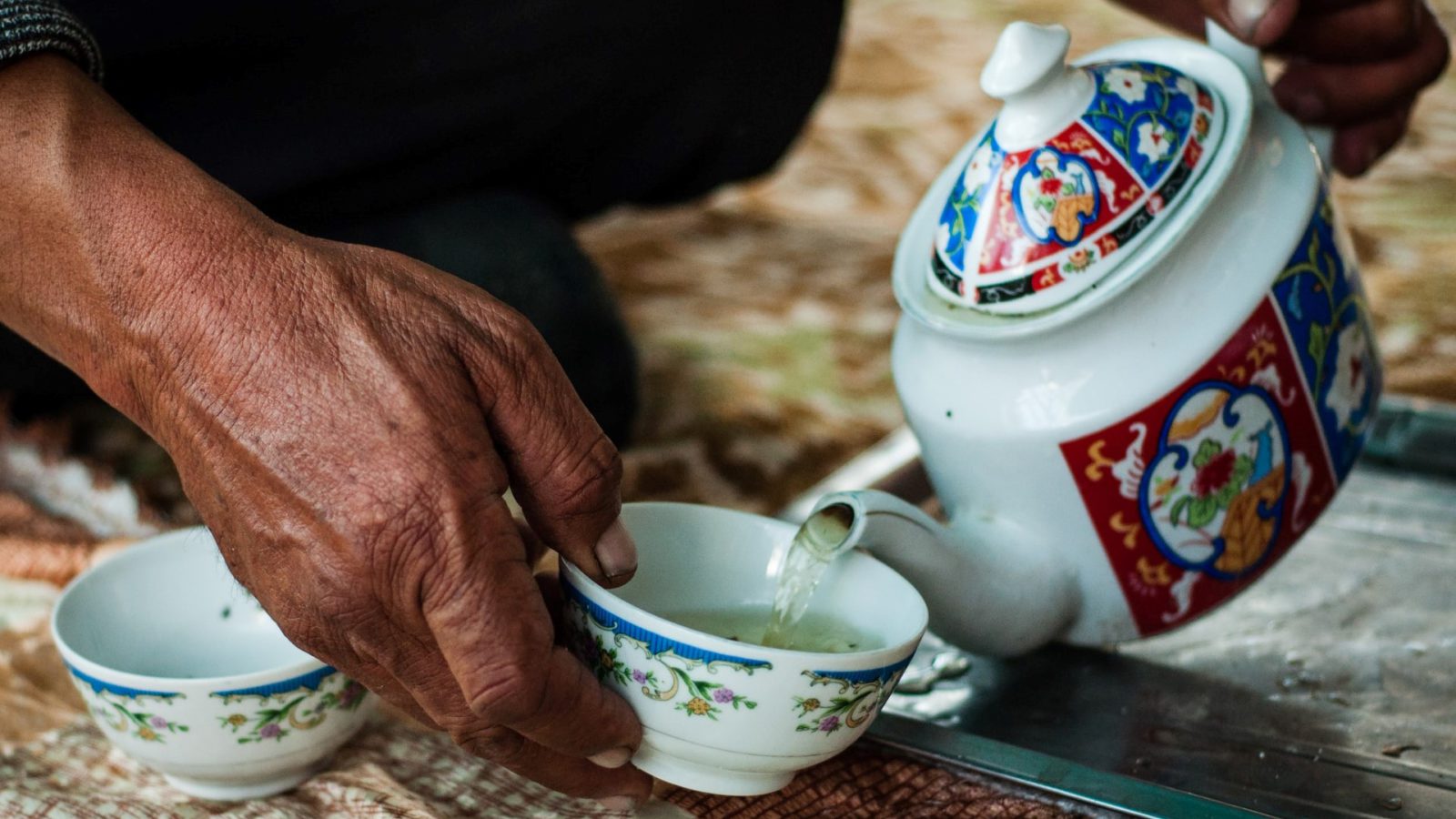 This new tour is a fascinating 14 day rail journey on board the Golden Eagle through the 'Five Stans', the Southern Republics of the former Soviet Union.
Discover the 4,000-year old art of Golden Eagle hunting at Lake Issyk-Kul
Learn a new craft in a traditional Kyrgyz bread making class
Evening drinks reception on the beautifully lit Registan Square, Samarkand
Discover the spectacular architecture of the Timurid dynasty
See the Darvaza Burning Gas Crater light up the night sky in the Kara Kum desert
Explore the historic, UNESCO honoured, cities of Khiva, Merv, Bukhara and Samarkand

Arrive into Tashkent, where you are met and transferred to a centrally located five-star hotel. On your first evening enjoy a Welcome Dinner. Specially selected international wines are included with dinner, as with all meals during the tour.

A breakfast start (8am) this morning to join the Golden Eagle train at Tashkent Station.

Kokand is the main transportation junction in the Fergana Valley and is located at the crossroads of the two main ancient trade routes. It is known that each of the Khanates of Turan had their own impressive palace. One of these architectural monuments is the citadel of the last Kokand Khan, Khudayar Khan.

Today, we will visit the Khudayar-Khan Fortress and its remaining buildings and courtyards, the best way to understand not only the history of the buildings but also the lives and times of Khudyar Khan, his wives and his family. We will also have an opportunity to visit the museum displaying jewellery, clothing and metal-ware.

This morning we arrive in Osh, a popular destination for Muslim pilgrimages as it is home to the sacred Sulayman Mountain, visible from all areas of the city and named in honour of the Qur’anic Prophet Solomon. Our Freedom of Choice touring options include a walking tour of the city, taking in spectacular Soviet mosaics, murals, and public art, plus a visit to some of the major architectural sites and monuments honouring WWII soldiers and Chernobyl victims. Alternatively, you can enjoy a traditional bread making class. Bread is an important part of the local diet and across Kyrgyzstan it not only varies by its shape, but also by its taste, and the unique way in which it is baked.

After crossing the Karasu-Uzbekskiy border into Uzbekistan, our next stop is the town of Andizhan, dating back to the 9th century. The city is renowned as the birthplace of Zahiruddin Babur in 1483. He was a descendant of Amir Timur, who was once the ruler of this area. During our short visit we explore the Jami Madrasah and mosque, one of the biggest religious complexes’ in the region, decorated with beautiful geometric patterns of pandjara and Islamic inscriptions.

Later this afternoon, we visit the ancient city of Margilan, famous for its production of silk, considered by many as the best in Central Asia. Here we will visit the Yodgorlik Margilan Factory which is considered the best and only one of its kind in Uzbekistan. Producing 6,000 metres of silk per month, the factory has preserved a manual and traditional method of silk production. We will explore the whole process of making silk from the mulberry trees used to feed the silkworms to the hardworking staff hand weaving the colourful ikat fabric on traditional looms.

Just the mention of Samarkand instantly conjures up evocative images of the Silk Road, more so than any other town. Founded in the 6th century BC, Samarkand’s stunning architecture hints at its former status as one of the most important cities in Asia and is particularly noted for its architectural remains from the 14th to the 17th century, when it flourished as the fabled capital of the Mongol empire of Timur and his successors.

Today, we will visit some of its most significant sites including Registan Square, the refined elegance of the beautifully proportioned Bibi Khanum Mosque and the Ulag Beg observatory, one of the earliest Islamic astronomical observatories built in 1428. Before dinner we will return to the now illuminated and awe-inspiring Registan Square.

Believed to be the birthplace of Amir Timur, the military prodigy who modelled himself on Genghis Khan and used similar violent methods to conquer and control his Empire, we visit the UNESCO-honoured statue of Amir Timur and his Ak-Saray Palace. This majestic palace in Shahrizabz took over a quarter of a century to build, and was originally decorated with colourful, highly detailed mosaic but also included delicate calligraphic inscriptions from the Qur’an. Amid the decorative facing, there is an inscription showing the date 798 (1395 – 1396 AD) which was when the building was completed.

This morning, we visit the capital of Tajikistan, Dushanbe, situated on the Varzob River and its opulent Kohi Navruz Palace. Enjoy a guided tour with a local expert guide, who will tell the fascinating story of the teahouse-turned palace. You will explore each beautiful hall decorated with breathtaking chandeliers, while learning about each of the artists and designers that worked incredibly hard to build and decorate this majestic palace. After the tour, we will enjoy tea and local delicacies in the palace before returning to the Golden Eagle to continue our journey.

Bukhara is quite simply outstanding. Like Khiva, UNESCO sponsored the renovation of much of the city for its 2,500th anniversary in 1999. The highlight of this wonderful tour is a visit to The Ark, a fortified residence of the Emirs of Bukhara – the despotic and ruthless leaders who ruled until Soviet times. We then travel out of the city to experience the Emir’s enchantingly named ‘Palace of the Moon and Stars’. This evening, weather and time permitting, we will enjoy a barbecue on the station platform before our train departs.

From Mary we transfer to the ancient and mainly unrestored remains of Merv. Once an important stopping point on the Silk Road, it claims to have briefly been the largest city in the world during the 12th century. 1794 saw the demise of Merv, after the Emir of Bukhara destroyed the dam which the population depended on for its water.

Ashgabat, the capital of Turkmenistan is known as the ‘Las Vegas of the Kara Kum’. Situated between the Kara Kum desert and the Kopet Dag mountain range, Ashgabat is a relatively modern city built upon the ruins of the Silk Road city of Konjikala. The Soviet city was largely rebuilt after the devastating earthquake of 1948.

The city’s extravagant fountains, golden domes and towering modern buildings appear strangely incongruous in this desert setting. Highlights on our visit include a visit to the National Museum and Kipchak Mosque.

The Golden Eagle makes a brief scheduled stop at Ichoguz, where we have the option to leave the train and make a short journey to Darvaza’s famous burning gas crater, a spectacular sight best seen at night. Located in the middle of the Kara Kum desert where the area is rich in natural gas, the 70-metre wide crater is known by the locals as the ‘Door to Hell’ and has been burning for over 40 years. A unique experience that is not to be missed.

Today, we travel to the ancient city of Khiva, founded 2,500 years ago. As one of the Silk Road’s most important trading posts and now a World Heritage Site, it lies at the crossroads of the routes between Mongolia, Russia, China and Persia. A truly magnificent sight to behold, it rises out of the desert to reveal a wealth of impressive architecture. Stepping back in time, we discover its impressive mosques, madrassas, bazaars and minarets within Khiva’s ancient walls.

This afternoon we arrive in Tashkent, the capital city of Uzbekistan. We spend time touring this modern Soviet-style city, which was rebuilt following the devastating earthquake of 1966. Our tour of the city includes the Old Town, where traditional homes and religious buildings line the narrow streets. In a small library here we will be privileged to see one of Islam’s most sacred relics – the world’s oldest Koran. This is followed by a visit to the Railway Museum and the Museum of Applied Arts.

Originally a caravan rest stop serving the travellers that came through the area along the Great Silk Road, Kyrgyzstan’s capital city, Bishkek, is the location of our morning sightseeing. Here we will visit the Ala-Too Square, built 1984 to celebrate the 60th anniversary of the Kirghiz Soviet Socialist Republic in Kyrgyzstan and a city tour of the local parks, rich in Soviet history, including statutes of Karl Marx and Friedrich Engels and the Memorial for the Red Guards.

This afternoon, we will enjoy a guided tour of the open-air Museum of Petroglyphs at Lake Issyk-Kul, a sacred site used by the Saka priests for sacrifices and other rites to the sun god. Some of the petroglyphs date from the Bronze Age with later engravings dating to the 10th century. Following this, we are treated to breathtaking flight demonstration of Eagle Hunting, a 4,000-year-old art. You will learn the story of eagle hunting, the characteristics of the Golden Eagle and the fascinating details of this Kyrgyz nomadic tradition.

Almaty is the largest city in Kazakhstan and is notable for its wide tree-lined boulevards. Surrounded by the majesty of the Tien Shan Mountains, this beautiful city derives its name from ‘alma’ meaning ‘apple’. Just a short distance from the city, apple orchards thrive in abundance. Our city tour includes a visit to Panfilov Park where we visit the Zenkhov Cathedral which was built entirely of wood. We will also go out of the city to the Chimbulak resort, where a cable car ride will give you spectacular views of Almaty and the mountains.

This evening we will enjoy a Farewell Dinner at the Intercontinental Hotel (or similar) toasting the success of our journey. We will stay overnight here to conclude the tour.

After breakfast in your hotel, you will be transferred to the airport for your onward flight.