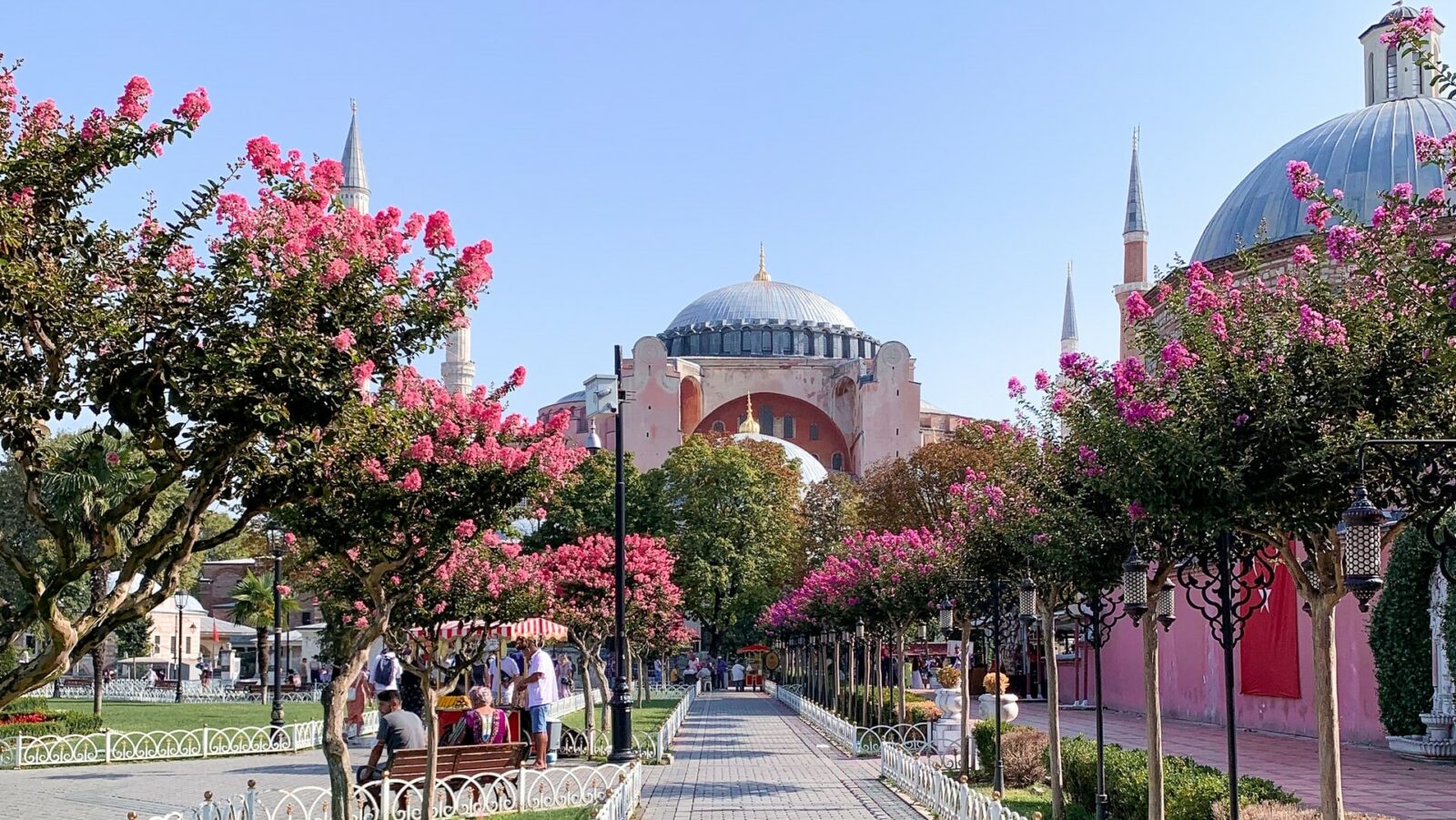 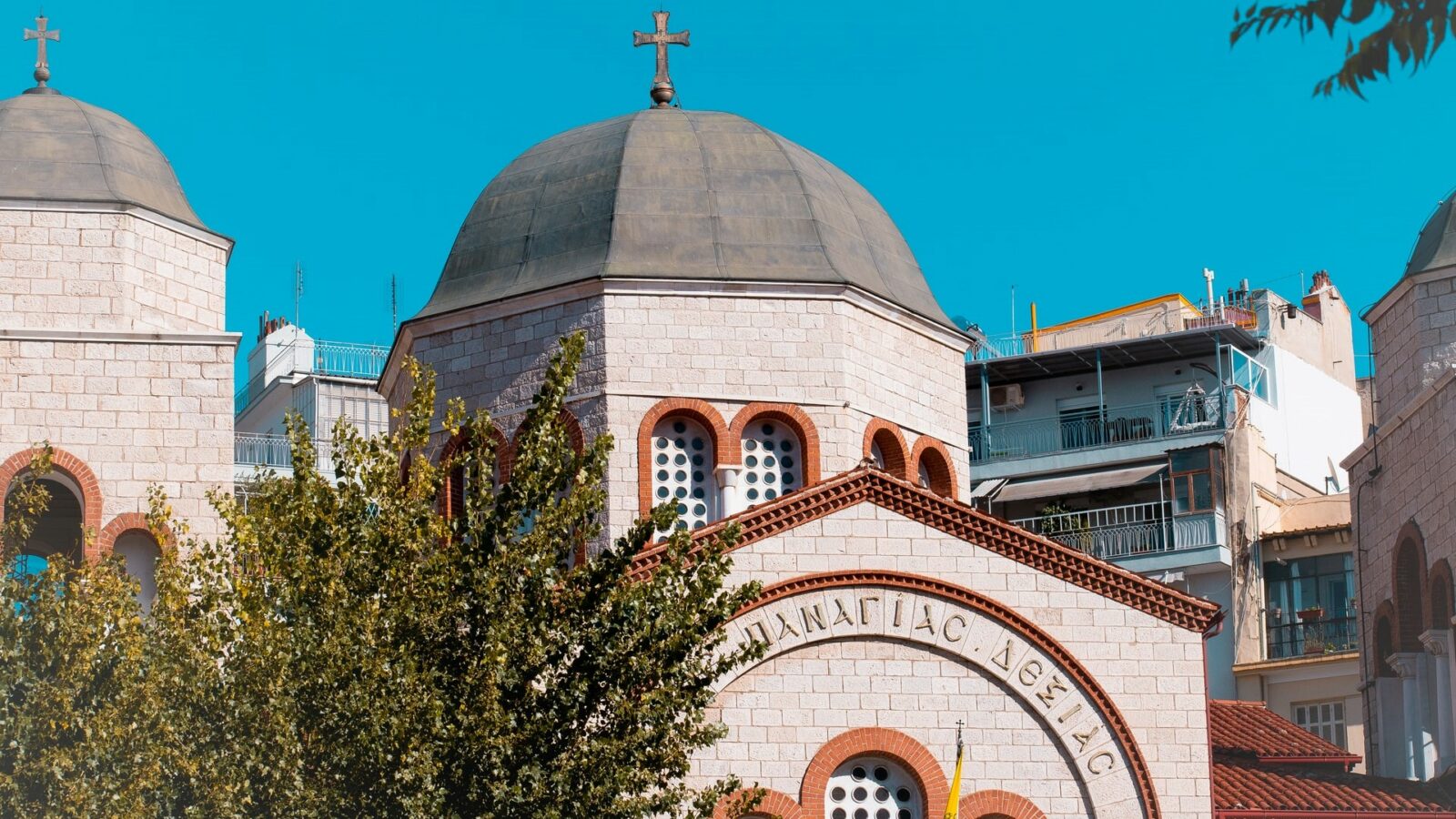 Join us on a mesmerising voyage to discover the romance and the mystery of the Eastern Mediterranean as we follow in the footsteps of St. Paul the Apostle. As we journey through the emerald waters of the sun-soaked Cyclades and the stunning coastline of Turkey, this wonderful 7-night adventure invites you to explore iconic landmarks, savour authentic cuisine and discover the trials and tribulations of St. Paul’s epic journey to the Eastern Mediterranean region.
As you explore the captivating coastal towns and discover charming Byzantine monuments you will learn about how St. Paul’s controversial ideas sparked riots and cast him into prison. Along the way, you will have the opportunity to visit famous landmarks including the Hagia Sophia, the Holy Grotto of the Apocalypse, the Faustina Baths of Miletus and ancient Ephesus, the best-preserved historical site in the Eastern Mediterranean.

SATURDAY: ATHENS
We begin our journey in the world’s ancient capital, the cradle of western civilisation and the birthplace of democracy. St Paul himself is likely to have arrived by ship at the port of Athens and he preached at Mars Hill (Aeropagus) near the heart of the city, the Acropolis. The Ancient Agora in the Plaka district was one of the many meeting places of the Apostle.

SUNDAY: THESSALONIKI, GREECE
At 09:00 our cruise-ship docks at Thessaloniki. Following the path of St Paul’s Second Missionary in Europe, leads you beyond the imposing Byzantine walls that guard the sophisticated port city of Thessaloniki. The beguiling architecture and meandering cobblestone streets are a pleasure to explore, topped only by the captivating site of the biblical city Berea, known today as Veria. Enjoy your included guided shore excursion to hear all about St. Paul’s tribulations as he tried to win over the noble Jews that lived here. At 20:00 sail to Kavala. All meals and overnight on board.

MONDAY: KAVALA, GREECE
At 08:00 arrive in Kavala. The seaport resort of Kavala perched on the slopes of Mt Symvolo offers spectacular panoramic views. It was here that St Paul baptized the first Greek and European Christian convert, Lydia, and gave his first sermon. the site where Paul established a strong church. To this congregation he sent his letter (Acts 16:9-33). We see the river where Lydia is said to have been baptized, the ruins of a prison where Apostle Paul and Sylas had been kept, the Agora, 5th and 6th century Basilica and the Theatre. Join the optional excursion to visit Philippi and see the open-air baptistery, and the prison ruins where it is said that he was held captive with Silas. Sail to Istanbul, Turkey at 16:00. Dinner & overnight on board ship.

TUESDAY: ISTANBUL, TURKEY
At 09:30 arrive in Istanbul. The vibrant city of Istanbul straddles the continents of Europe and Asia via the Bosphorus Strait. Here you can visit the lavish Byzantine and Imperial mosques which pierce Istanbul’s skyline with their towering minarets. The iconic Sultan Ahmet (Blue) mosque, the Hippodrome, Topkapi Palace and the world – famous Church of Hagia Sophia are just a few of the enigmatic attractions to admire. At 20:00 depart to Diliki, Turkey. All meals and overnight on board.

WEDNESDAY: DIKILI, TURKEY
At 12:00 arrive in Dikili. Snaking its way along the beautiful coastline of Turkey’s seafront city of Dikili is a lush landscape of green forestry and expansive golden sands. Sparkling crystalline turquoise waters complete and captivating scenery. Here you have the opportunity to join an optional excursion with an expert guide to visit Ancient Pergamum [Rev. 1:11; 2:12] with its impressive sites including the Altar of Zeus referred to as the “Throne of Satan” in the book of Revelation as well as the Acropolis and the remains of the healing center of Asklepion . Sail at 20:00 to Kusadasi. All meals and overnight on board.

THURSDAY: KUSADASI, TURKEY
At 08:00 we dock in Kusadasi, Turkey. In Turkey’s picturesque seaside resort of Kusadasi, St Paul wrote a letter to the Ephesians and preached at the Great Theatre of Ephesus. The second – largest city of the Roman Empire is also the home of one of the Seven Wonders of the Ancient World- the Temple of Artemis. You will learn about this and more in your included excursion to visit ancient Ephesus and the city of Miletus. Sail at 23:30 to Patmos, Greece. All meals and overnight on board.

FRIDAY: PATMOS, GREECE
Arrive at 07:00 at Patmos (Rev 1:9). Patmos is the smallest of the Greek Dodecanese islands. The tranquil island is famously known for being the location where John the Apostle experienced the vision that inspired the Book of Revelation. Join the optional excursion to visit the Monastery of St. John the Evangelist and the Grotto of the Revelation. Sail to Athens at 18:30. All meals and overnight on board.

At 06:00 arrive at the port of Athens. Disembarkation after breakfast.

ANCIENT EPHESUS THROUGH THE AGES – HELLENISTIC AND ROMAN (Included shore excursion)
Enter the ancient ruins of Ephesus and walk in the footsteps of Christian emissaries including the apostle Paul and John, and the Virgin Mary. Ephesus was a pivotal centre of commerce and spirituality in its heyday, and remains one of the best-preserved classical cities in the eastern Mediterranean.

Second, only to Rome in size and power, this enigmatic city was highly influential in shaping the history of Greece, Asia Minor, and the emerging Christian culture. As you stroll through the marble streets and mosaic-paved sidewalks, it’s impossible not to imagine how incredible the city would have appeared in its full glory.

Admire the stunning façade of the Celsus Library, the incredible Houses of the Patricians, Odeon and Agora, and the beautiful Temple of Hadrian. You will also have the opportunity to explore the local shops and bargain for finely handcrafted merchandise such as carpets, leather goods, and souvenirs, etc.

MEDIEVAL TOUR – ACROPOLIS OF LINDOS AND THE CITADEL OF THE KNIGHTS (Included shore excursion)
Looming high above the modern capital of Rhodes is the magnificent ancient Acropolis of Lindos and the Temple of Athena. The walled fortress is a historical podium with a prime vantage point atop a steep cliff, offering up spectacular panoramic views of the stunning coastline.

The beautifully preserved Acropolis of Lindos is equally awe-inspiring and undoubtedly one of the most impressive archaeological sites thanks to its stunning natural landscape. But that shouldn’t come as a surprise considering the ancient Greeks, Romans, Byzantines, the Knights of St John, and the Ottomans have all had a hand in the rich history of the citadel.

Our specialist guide will reveal all as you wander around the 20-columned Hellenistic stoa, a timeless haven that instantly transports you to the era of an extraordinary civilization.

Temple ruins dating back to the 4th-century BC, the four-portico building, the Bogbopion, where sacrifices took place, and the Byzantine chapel of Saint John encircle the iconic monument.

We also visit the Palace of the Grand Master of the Knights, situated at the highest point of the medieval Rhodes Town. The 14th-century castle stands on the site of a 7th -century Byzantine fortress, and boasts a large courtyard with impressive towers, massive walls, and elaborate Gothic architecture for you to admire.

Inside the palace, there are over 150 rooms furnished with beautifully carved chairs, wall hangings, and other decorative ornaments from medieval times. This tour is an absolute delight for history buffs.