The Trans-Siberian Luxury Express via the BAM & Yakutsk 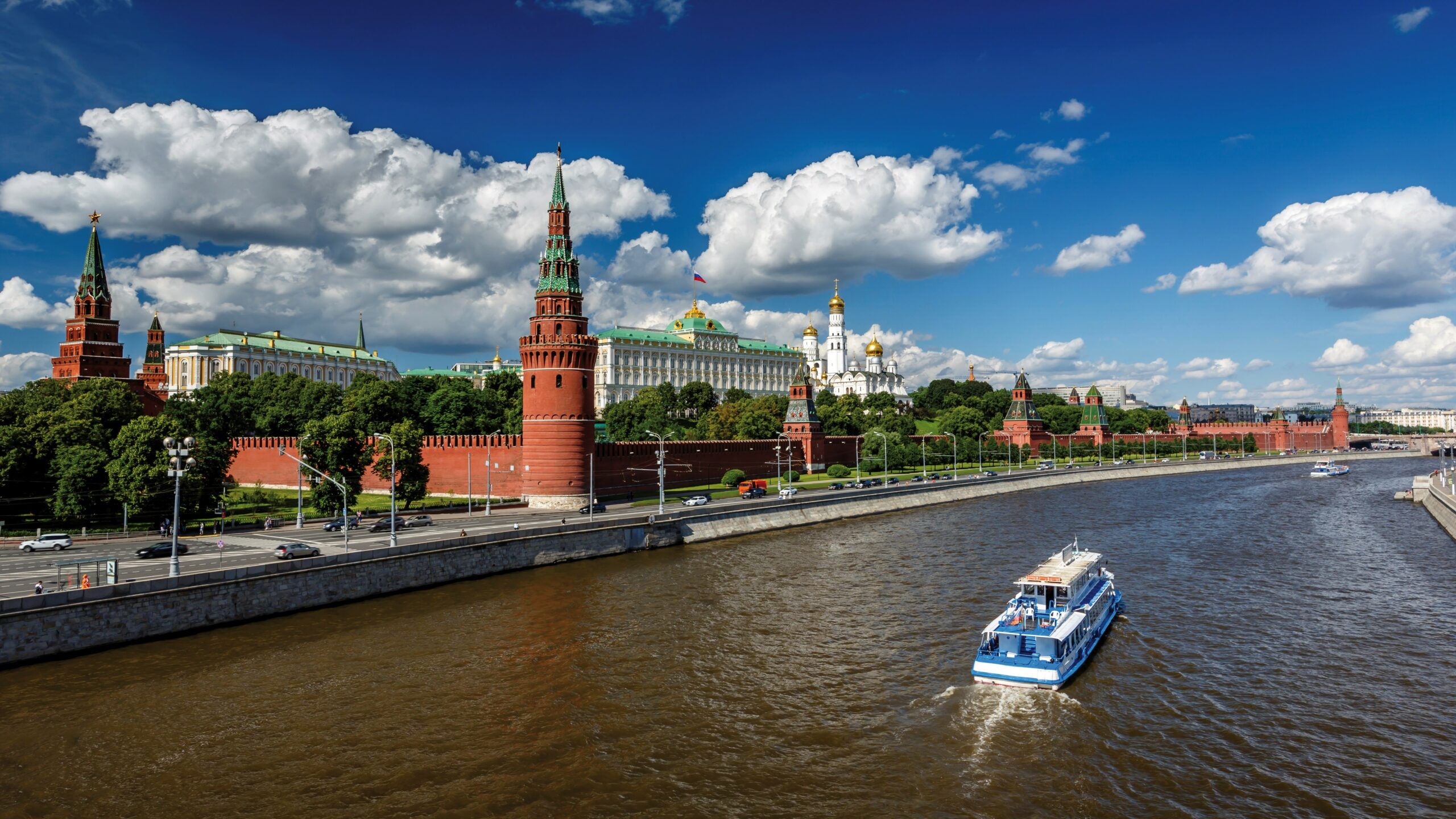 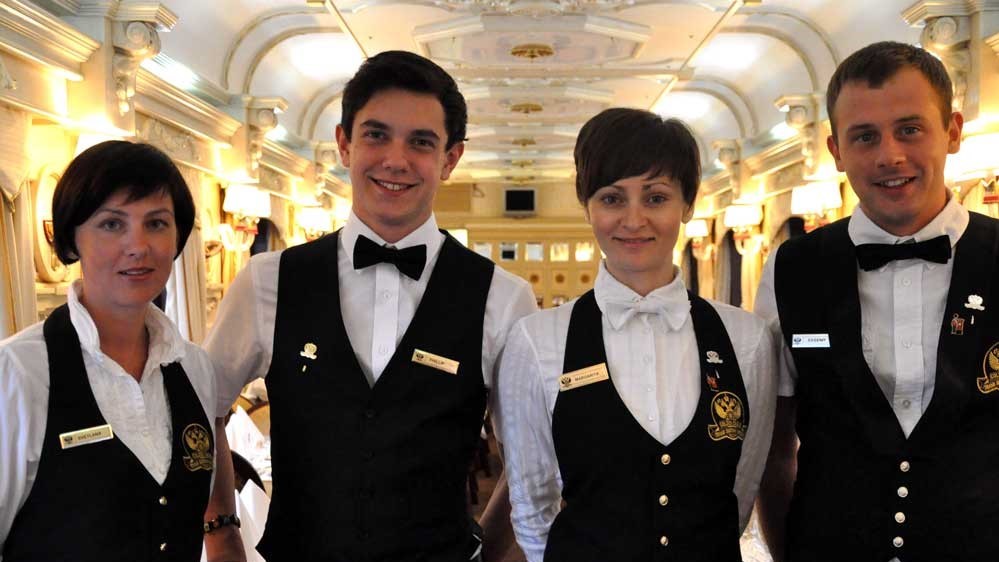 A once-in-a-lifetime opportunity to travel by private train through an outstanding area of untouched natural beauty of Siberia along the Baikal-Amur Magistral (BAM) line visiting some of the lesser known places and communities that go to form this iconic route.

First section of the journey hauled by a P36 steam locomotive
Private viewing of the Kremlin armoury in Moscow
Take in the spectacular scenery of the Sayan Mountains
Explore the city of Yakutsk, famed for being one of coldest cities on earth

Arrive at Moscow Airport, where you will be met and transferred to the centrally located five-star Four Seasons Moscow Hotel. A modern re-imagining of the 1930s-era Moskva Hotel the Four Seasons occupies one of the most enviable addresses in the very heart of Moscow, steps away from the Kremlin, Red Square and the Bolshoi Theatre.

Your first evening in Moscow you will be invited to a champagne drinks reception before our exclusive Welcome Dinner, where you will have the opportunity to meet your fellow travellers and anticipate the 15 day voyage that lies ahead. Specially selected international wines are included with dinner, as with all meals during the tour.

Our touring programme of Moscow principally takes us to the grandeur of the Kremlin, the spiritual, historical and political heart of Moscow. We will enjoy an exclusive private viewing of the treasures of the Tsars in the Armoury Chamber, before it opens to the public, prior to visiting Red Square. The square in the centre of Moscow delivers an eclectic mix of fascinating architecture from the ornate St Basil’s Cathedral’s magnificent onion-domed spires to the beautiful façade of the world-famous GUM department store and is also home to the evocative site of Vladimir Lenin’s tomb. We will have lunch in the Pharmacy Hall of Café Pushkin, a legendary Moscow restaurant serving traditional Russian cuisine with a host of traditional pharmaceutical features and collector’s items meticulously preserved and on display in the room. We end the day with a tour of the opulent stations of the Moscow Metro, showpieces of Socialist art furnished with statues, frescoes and mosaics unsurpassed anywhere in the world.

With our Freedom of Choice touring option you may instead wish to visit the famous State Tretyakov Gallery (National Museum of Fine Art) or travel out of the city centre to Sergiev Posad, home to one of the most beautiful monasteries in Russia and the historical and spiritual centre of the Russian Orthodox Church (subject to train schedule).

In preparation for our departure from Moscow Kazansky Station, you will be greeted in the ornately decorated Imperial Waiting Room with a cold glass of Russian Champagne and canapes as you mix with the other guests and are welcomed by the train staff. The excitement in the waiting room audibly mounts and, 30 minutes before departure, your car attendants will escort you to Platform 1 where the Golden Eagle awaits ready for departure, hauled by a recently restored P36 steam locomotive for the first section of our journey.

Kirov is a port city of 518,000 on the Vyatka river. It is named after Sergei Kirov, a communist leader who was expected to succeed Stalin as leader of the communist party, and whose assassination in 1934 gave Stalin the pretext for his great purge.

There will be a town tour which will include a visit to the Holy Uspensky Trifonov Cathedral and other well-preserved historical buildings from centuries gone by.

Founded in 1723 by Peter the Great, Yekaterinburg, is the capital of the Urals. Known as the Great Divide, the Ural Mountains create the natural border between Europe and Asia so that the cultural and architectural influences of European and Asian civilisations come together in this fascinating and cosmopolitan landscape. Our city tour takes us to the poignant site where the Romanov, Tsar Nicholas II of Russia, was executed with his family by the Bolsheviks in 1918 following 78 days of imprisonment. Now a church dedicated to their memory, this site provides us with a powerful insight into the turmoil of the Russian Revolution. We will also drive to the obelisk marking the geographical border and we can drink a glass of champagne with one foot in Europe and the other in Asia. Our Freedom of Choice programme will also offer activities such as a walking tour of the city, or explore the intriguing Soviet military past in a visit to Yekaterinburg Military Museum which displays fragments of the U2 American spy-plane flown by Gary Powers that was shot down in this area in 1960 during the Cold War.

A modern ‘Soviet’ city, we experience the life and character of Novosibirsk’s rich culture where the arts and science predominate. The city is located in the heart of Russia and is situated on both banks of the River Ob. Our city tour takes us to Lenin Square where the imposing Opera House is located. An architectural marvel, it houses two permanent ballet and opera companies and is one of the largest opera houses in the world. In front of the Opera House, we visit an impressive statue of Lenin – a marvellous opportunity to have your photograph taken with this iconic political leader.

Alternatively, south of the city you could visit Novosibirsk’s excellent Railway Museum on our Freedom of Choice tour. The museum displays locomotives and rolling stock from the late 1800s, including carriages of the Tsars, through to the Soviet era. Or choose to go to the Mineralogical Centre with its fine display of Siberian minerals.

From Novosibirsk we leave the Trans-Siberian Railway and head 200 kms south towards Barnaul. After 200 kms, we turn North-East, enjoying the peaceful pace onboard as the Golden Eagle climbs through the Abakan mountains. As well as watching the magnificent scenery, there will be a choice of attending one of the various lectures on board, socialising in the Bar Lounge Car.

This morning we enjoy a visit to Abakan, followed by an afternoon on board the train travelling through some of the best mountain scenery, which includes the Dzheb double horse-shoe curves as the line gains height in the spectacular Sayan Mountains. The section between Abakan and Taishet took 23 years to complete.

Overnight we run north-west to Taishet where we officially join the BAM (Baikal – Amur mainline), the new line that runs north and parallel to the original Trans-Siberian. The BAM section of the journey was called The Road of Courage and Heroism by the Soviets, after the many natural obstacles that had to be overcome during its construction. We spend several hours in the city of Bratsk, visiting one of the biggest hydro-electric dams in the world built during the 1960s and an impressive feat of technological engineering.

We arrive in the morning to the extremely remote location of Severobaikalsk (North Baikal), on the shores of Lake Baikal, where the road network is completely isolated from the rest of the country. The BAM is a vital lifeline to this beautiful area and we have the morning to explore the unique biodiversity of life here, and meet some of the local inhabitants.

On leaving Severobaikalsk along the Upper Angara River, we will pass through the four Mysoviye tunnels as we run parallel to the Baikal shoreline. During the afternoon we climb into the Severomuisk mountain range and late afternoon we arrive in Osypnoni which is the start of the Severomuisk tunnel. Opened in 2003, it is the longest railway tunnel in Russia at 15.3km. Prior to that a 54km tortuous bypass was constructed over to pass over the mountains. We will either take the bypass or the new tunnel from here to Kazankan.

Early morning we arrive in Novaya Chara and spend the morning here. The area is famous for Charoite, a semi-precious lilac coloured gemstone, only found in the Chara area and it is likely traders will be at the station. We will visit an interesting small museum that covers the history of the area including the Marble Canyon Gulag and also make a stop of the unique 6km long Sand Dunes. It is a mystery how they came to be here but they have long been an important site for the indigenous people as artefacts from thousands of years ago have been found buried here. The afternoon is spent heading east along the BAM and around midnight we take the new 1,000km Amur – Yakutsk Mainline (or AYaM).

Neryungri is about 200 km north of the BAM main line and sits in a huge basin that contains an 80 ft (25m) thick seam of high quality coal amounting to about 40 billion tonnes. Here is located one of the world’s largest open cast mines, which we will visit. Look out for the massive 2,300 horse power trucks that bring 200 tonnes at a time up from the mine. The tyres of the trucks stand 16’ 7” (5m), about the height of the Golden Eagle. Late morning we continue our journey north towards Yakutsk.

After breakfast we arrive in Nizhny Bestyakh, the station for Yakutsk, the capital city of the Sakha Republic, located about 450 kilometres (280 miles) south of the Arctic Circle on the Lena River, with a population of 311,000. Yakutsk has an average temperature of 16.2°F (-8.8°C) and is the second coldest large city in the world after Norilsk. Yakutsk is also the largest city located in continuous permafrost. In June the temperature will be a more comfortable 60-70°F (16-21°C).

Lunch will be served on board after our morning in Yakutsk and we retrace our steps back to the BAM and Tynda.

With a population of around 40,000, it is the largest town for over 300 miles in any direction. It was built to be the administrative centre for the construction of the BAM route during the 1970s and our visit to a local museum gives us a fascinating insight into the building of this line.

Travelling through the untouched Tundra we experience Russia at its most remote, we have now travelled more than 10,000kms since leaving Moscow. The beauty unfolds before us as we enter a region of permafrost. Here the vast distances and forbidding geographic and climatic conditions render the entire region an extreme environment for human existence. Twenty hours after leaving Tynda we arrive in Novy Urgal. To come here is to feel transported back in time to the Soviet Union. Little has changed in this isolated place since those days and nostalgia for the USSR is strong. In the 1,500kms between Tynda and Komsomolsk there are no settlements of over 10,000 people.

Komsomolsk reflects the majestic and expansive urban architecture of the Soviet era, including the stupendous Pervostroitelei Avenue, 80 metres wide and lined with 1970s and 1980s blocks with Soviet store fronts and signage intact, with parks and playgrounds hidden behind it. The city was infamously a centre for prisoner labour, with over 900,000 prisoners estimated to have passed through its camps. After visiting Komsomolsk at our most easterly point before we turn slightly south-west for the Pacific and we cross the Amur at Khabarovsk where we re-join the Trans-Siberian mainline and head towards Vladivostok.

Vladivostok is a military port, located on the western shores of the Sea of Japan and is home to the Russian Navy’s Pacific Fleet. Due to its military importance, the city was closed to foreigners between 1930 and 1992. Vladivostok (literally translated as ‘Ruler of the East’) offers visitors an interesting opportunity to explore its principal military attractions including a visit to a preserved World War Two submarine. Our city tour will also take us to the iconic suspension bridge over Golden Horn Bay, one of the largest of its kind worldwide, which opened in 2012 for the APEC conference.

Our hotel in Vladivostok, where we stay for one night, is the five-star Lotte Hotel.

Breakfast is served in the hotel and transfers are provided to the airport for departing flights.