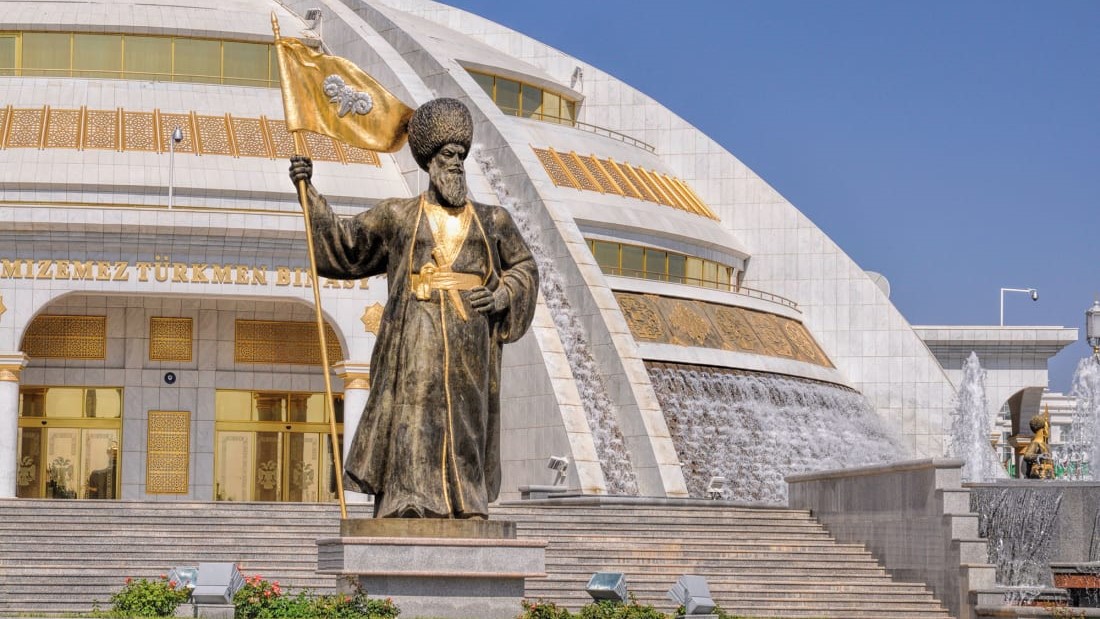 This thirteen day trip is a comprehensive journey through one of the most mysterious places in Asia. Starting in Ashgabat we combine both ancient and modern, visiting the monuments built by the previous ruler Turkmenbashi.

In addition we will travel a short distance outside Ashgabat to join the local people in celebrating the Navrus Bayram Festival, the most important holiday in the entire region, before flying to Dashoguz and visiting the UNESCO listed site of Konye- Urgench, evidence of the former glories of this fascinating region.

Perhaps the most exciting part of our trip is the excursion into the Karakum desert, camping at a flaming gas crater and stopping in isolated settlements to meet people who rarely see tourists. On returning to Ashgabat we visit the Parthian fortress of Nisa, before leaving the city for the mountains where we visit the town of Nohur, whose inhabitants are reputed to be descended from the armies of Alexander.